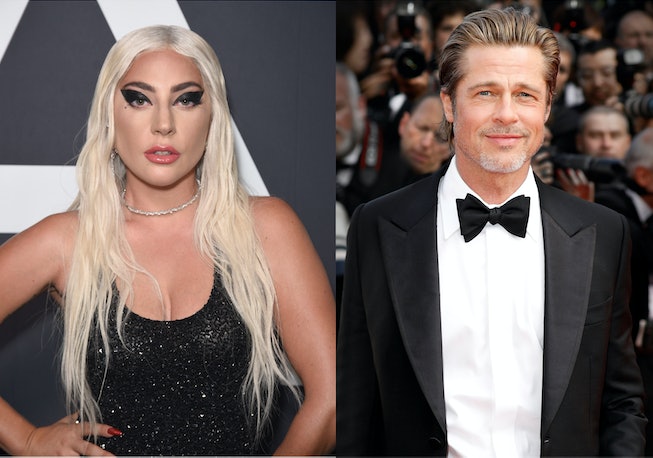 If Bradley Cooper was that one person in a room of 100 to believe in Lady Gaga, then director David Leitch is the second. Lady Gaga has signed on to Leitch's upcoming action/thriller film Bullet Train which will also star Brad Pitt, per a new Collider report. The often-described high-octane director is best known for his films Atomic Blonde, V for Vendetta, John Wick, and several other classic Hollywood action franchises. The rest of the confirmed cast is equally as star-studded with Michael Shannon, Joey King, Aaron Taylor Johnson, Zazie Beets, and Brian Tyree Henry rounding out the ensemble.

The film is based off of Japanese writer Kotaro Isaka's novel Maria Beetle, and will revolve around five assassins on board a bullet train who find out that their missions are more interconnected than they seem. It's not clear if Gaga will be playing one of the assassins, but Collider reports that her role will be a smaller, supporting one.

Regardless, whomever Gaga plays, it'll definitely be leagues apart from her last and breakout role as young ingénue-turned-popstar Ally, in the Oscar-winning 2018 musical drama A Star Is Born. And while it's difficult to imagine any high-tension assassin movie necessitating any musical numbers, hey — maybe this will give the world a second "Shallow."

NEXT UP
Culture
The Madonna Biopic Is Being Scrapped
Culture
Kaia Gerber Won’t Stop Until She’s Cast As Patti Smith In A Biopic
Culture
The 2023 Oscar Nominations Full List Is Here
Culture
Senators Quoted Taylor Swift During Ticketmaster’s Hearing
Style + Culture, delivered straight to your inbox.