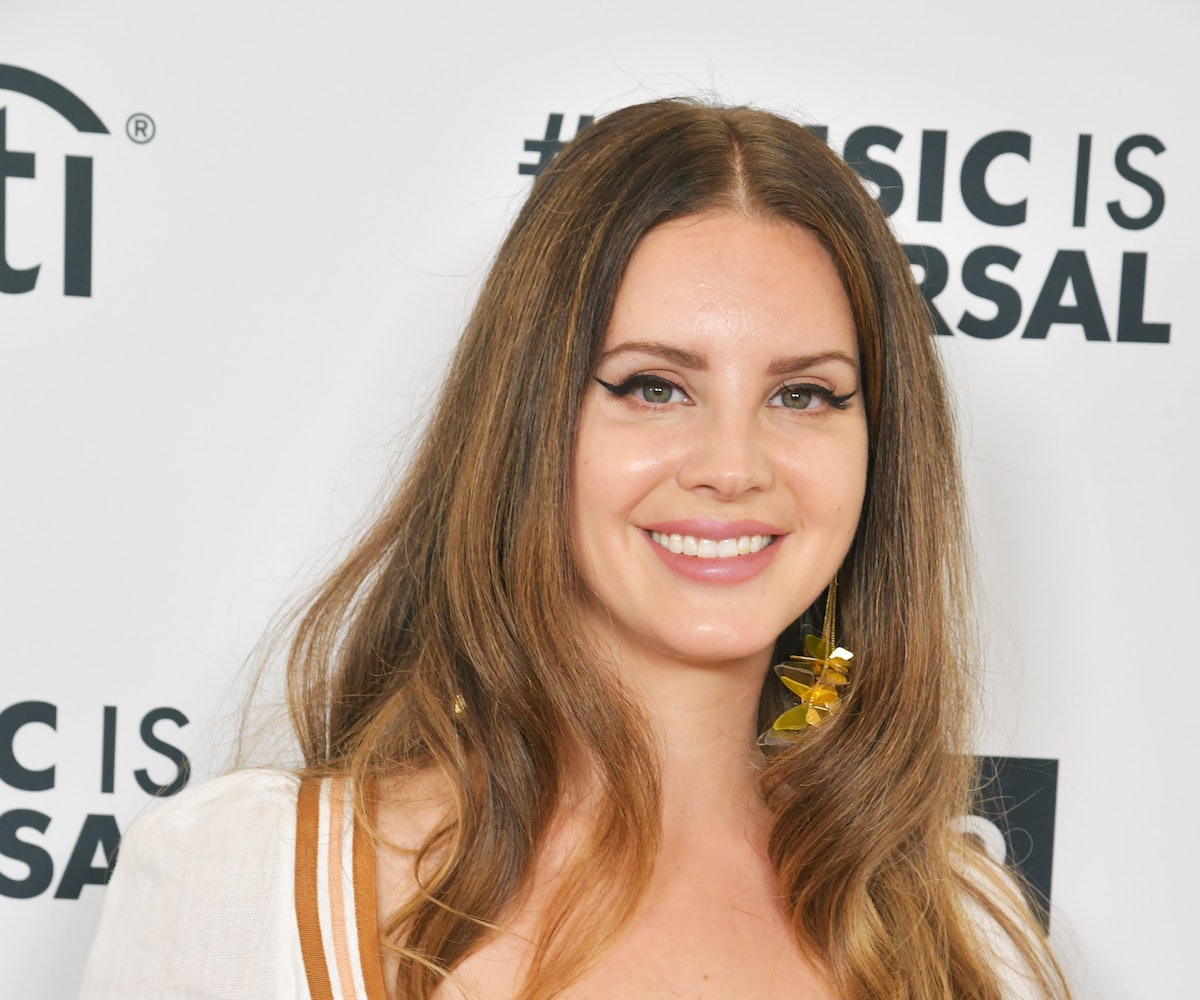 If you missed it back in April, the singer released the first iteration of the Blue Banisters cover to a horde of memes and jokes on social media with many of her fans poking fun at its somewhat amateurish design. It seems the singer heard the feedback loud and clear as she quietly uploaded a different cover for the album on July 4, alongside word that the record is now getting delayed until “later later.”

The new cover shows Miss Del Rey in a yellow sundress sitting outside on a deck or porch somewhere, flanked by two large German Shepherds (maybe named Tex and Mex?) — a mighty upgrade from the previous, if you ask us.

Del Rey previously teased that the album would be out on July 4, though plans have clearly changed since then. Below, is everything we currently know about the singer’s anticipated new album.

After being delayed, Lana Del Rey’s Blue Banisters is now expected to be released October 22, 2021, per an announcement posted to the singer’s website.

The singer has shared four singles from the project, its title track, “Wildflower Wildfire,” “Text Book,” and “Arcadia.” On July 4, the singer teased a short video clip of the latter single on her Instagram. The track, another piano ballad, finds her singing about the sensual grooves of her body: “My body is the map of L.A./ Stands straight like an angel,” she croons, while unwrapping a wheel of brie cheese in its music video.

Formally titled Rock Candy Sweet, Blue Banisters was first described by the singer as a response to music media and the narratives that she believes have been placed on her music.

In a March Instagram story responding to the Harpers Bazaar article “Lana Del Rey Can’t Qualify Her Way Out Of Being Held Accountable,” Del Rey announced the record, then titled Rock Candy Sweet.

“Just want to say thank you again for the kind articles like this one and for reminding me that my career was built on cultural appropriation and glamorizing domestic abuse,” she wrote. “I will continue to challenge those thoughts on my next record June 1 titled Rock Candy Sweet.”

Based off the singles she’s already released, it seems the album will also give more insight on personal subject matters, like her childhood and pre-fame background, which she sings about on the single “Wildflower Wildfires.”

On September 9, Del Rey revealed more about the albums themes, explaining that the record as a whole tells her life story, “and does pretty much nothing more,” she wrote.

“I guess you could say this album is about what it was like, what happened, and what it’s like now. If you’re interested go back and listen to the first three songs I put out earlier,” she added in reference to the first batch of released singles. “They chronicle the beginning. This song hits somewhere in the middle and by the time the record drops you will hear where we’re at today.”

It seems Del Rey’s original intent for the album to address media criticism still played a role in the creation of the record as she continued in her statement: “As much as the on going criticism has been trying, it at least has pushed me to explore my own family tree, to dig deep, and to continue to exhibit the fact that God only cares about how I move through the world. And for all of the skepticism about feigning fragility and unreasonable explanations of not showing general accountability- I must say I’ve enjoyed moving through the world beautifully- as a woman with grace and dignity.”

Editors note: This article was updated on September 9, 2021 at 9:57 a.m. ET with new information about the release date.