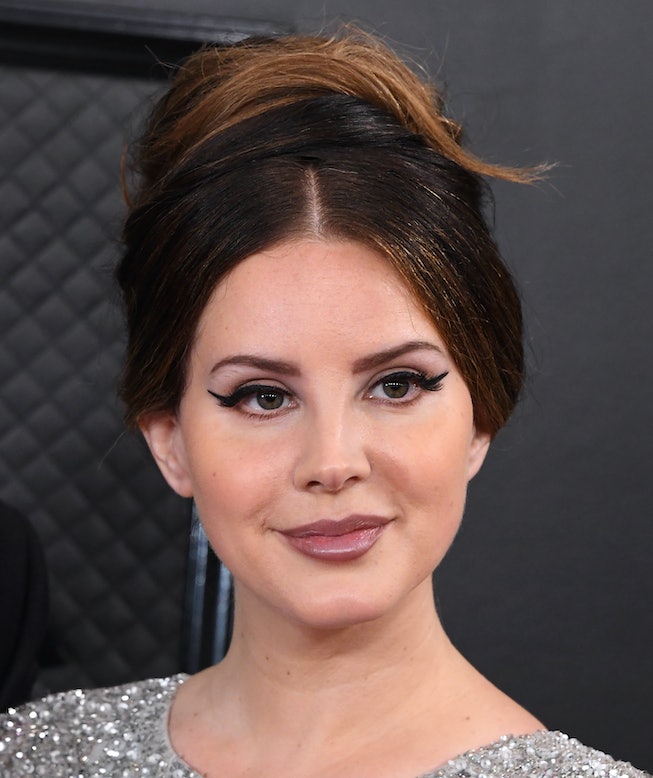 It seems just like yesterday Lana Del Rey turned our worlds upside down with the reveal that she was dating a cop. Just as the dust settled and we were finally were able to move past the shock, she's back with another surprise: she's engaged, baby!

If you're on the floor wondering what in fresh hell you just read, you're not alone. The relationship is still relatively new — perhaps even in its honeymoon era! See what I did there? Del Rey allegedly met former YouTube cover band singer Clayton Johnson on a dating app sometime this summer (they reportedly began following each other on Instagram in August) and he's since appeared in photos with Del Rey, and was also present in Del Rey’s Election Night Instagram Live from Denny’s.

Sometime between the summer and now, the two allegedly got engaged, as Del Rey donned a big ring during her December 14 return to late night on the Tonight Show. Neither has officially commented on the relationship, but a source confirmed the engagement to People.

Johnson's own career in music was alongside his brothers, Chantry and Connor. The three covered big pop hits on their YouTube channel, which boasted upward of 90,000 subscribers. Is there time to get Johnson on a Chemtrails over the Country Club track? Can someone please get Jack Antonoff on the horn?