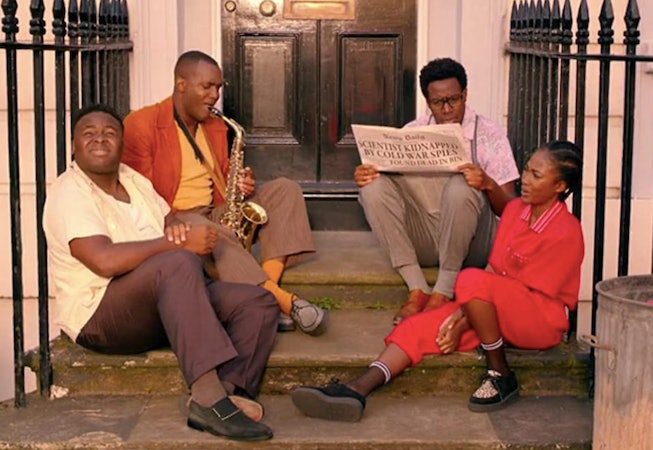 Linear time is the biggest joke on earth (on that note, does anyone know what day it is?) and A Black Lady Sketch Show head writer Lauren Ashley Smith is ready to give her take on it. The comedian and writer is at the helm of the U.S. remake of the British comedy Timewasters, the ITV2 program following a struggling south London jazz band who accidentally travel back in time to the 1920s Jazz Age.

The single-camera comedy is in the works at ABC and follows the original to an extent, instead revolving around four Black twenty-something New Yorkers who accidentally end up in the year 1926, per Deadline. The deeply unprepared quartet will have to bounce back from their many blunders as they adjust to life during the Harlem Renaissance, all while offering an exploration of Blackness in both 2021 and 1926.

The Untitled Time Travel Comedy, as it's currently known, boasts Smith as its writer and executive producer, and will also include Kenton Allen and Matthew Justice, who run Big Talk Productions, the British production company behind the original series. Timewasters made its mark in the UK, and was nominated for Best Scripted Comedy at the 2018 BAFTA Awards alongside Michaela Coel’s unhinged coming-of-age series Chewing Gum, Sharon Horgan and Rob Delaney’s Catastrophe, and the winning BBC mockumentary, This Country