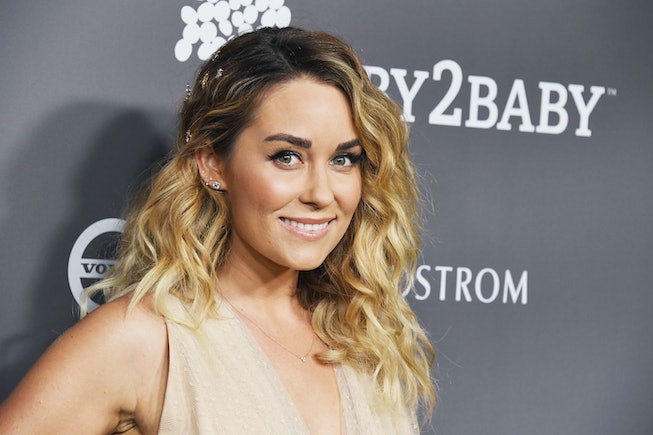 After making her name starring on the original iterations of MTV’s Laguna Beach: The Real Orange County and The Hills, Lauren “LC” Conrad has mostly lived a very private life. In addition to working on her successful apparel line (which now includes footwear, handbags, home accessories and jewelry) for Kohl’s, the former reality star is married to a lawyer (and former member of Something Corporate), with whom she has two children, aged 4 and 2.

But the 36-year-old broke her characteristic silence about her personal life in the wake of the Supreme Court’s decision to overturn Roe v. Wade, opening up on Instagram stories about her own abortion experience.

“The last few days have been hard. I’ve been searching for the right words, and reposting someone else’s didn’t feel quite right,” Conrad wrote on Tuesday, June 28. “I wanted to share my own experience with lifesaving reproductive care. Six years ago, while trying to start our family, I had an ectopic pregnancy.”

An ectopic pregnancy occurs “when a fertilized egg implants and grows outside the main cavity of the uterus,” per the Mayo Clinic. They have been the subject of much discussion given that that life-saving abortion treatment often required for them is now banned in many states.

Conrad continued: “Due to prompt medical care doctors saved my fallopian tubes, allowing me to have two healthy pregnancies. Many women in my life have had their own experiences with abortion. I am so grateful that in each case they were able to safely receive the healthcare they needed and were free to make their own decisions.”

“Yesterday I read about a woman with this same condition having her ectopic pregnancy rupture — and facing death — while waiting for treatment because her doctor was on the phone with his lawyer out of fear of losing his medical license, (for using a D&C as a tool to help establish the diagnosis of an ectopic pregnancy),” she added. “This is heartbreaking.”

Conrad then acknowledged that though “talking about abortion is hard” and “divides us,” it’s important to keep talking “to each other in a respectful way, especially when we disagree.” She concluded, “I hope someday we will be in a place where every woman has access to the healthcare she needs and the freedom to decide what happens in her own body.”

For a list abortion funds to donate to, head here.