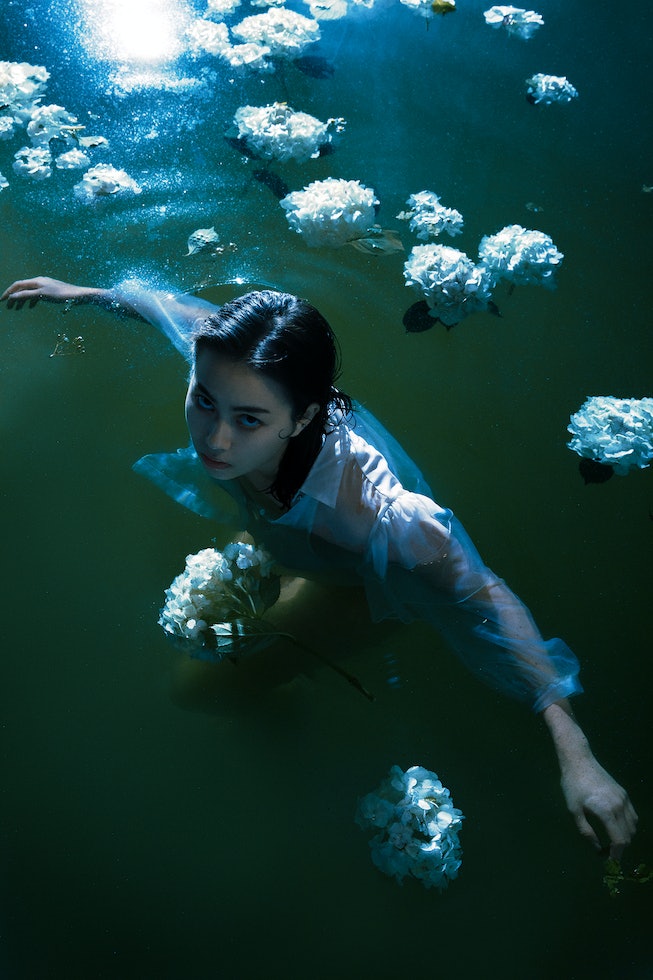 In the new Netflix film Moxie, 16-year-old Vivian (Hadley Robinson) starts an anonymous feminist zine to combat the rampant sexism at her high school, leading to a mini revolution of sorts among the girls at the school and their allies. Inspired by the riot grrrl-era antics of her mother (Amy Poehler), the otherwise shy Vivian finally finds her voice, making friends, changing school politics and even finding a boyfriend through the zine’s popularity.

Her best friend Claudia (Lauren Tsai), though, is hesitant to jump into the project, preferring to proceed more cautiously. We soon learn that Claudia, who is Chinese-American, is under strict pressure from her mother to succeed at school in a way that doesn’t include rule-breaking zines or other disruptive behaviors. Ultimately, Claudia takes the fall for the zine, proving her loyalty to Vivian and the cause, but not before nearly losing everything in a process she never wanted to be part of.

It’s a nuanced side story in an otherwise triumphant story about embracing your power — one that has been somewhat criticized for relegating characters of color to the margins. NYLON caught up with Tsai — an actress, visual artist, and model — to talk about her own identifications with the role, working with Poehler on set and how she wants better for characters like Claudia in the future.

What initially drew you to the role of Claudia?

Claudia is a character who has a similar background to mine. Her mom is from China, my dad is Chinese. Being a mixed race character who shoulders the responsibility that their parents are putting onto them, that's something that's really different from what her friends are experiencing, I think was something that I very much felt like I could relate to. And I was excited to see that portrayed on screen. I also think that Claudia is a very awkward, weird introverted kind of kid, so it was fun to try to do that. She's very light and cute and on the brighter side of things. I identify more as a down introvert. She's like an up introvert. I don't know how to describe that, but that was just fun to do.

Was that dichotomy Claudia experiences, being caught between the expectations of her friends and her family, something you brought to her backstory?

Definitely Amy and I talked about that before, because she really wanted to tell the story of their friendship, but also make it a key point in the movie that Claudia does come from a different background, and it's probably something that Vivian and Claudia throughout their entire friendship have never really had to consider. When you're younger, everything is just fun, and people can connect over everything. But I think as the pressures of the world set in, friends can get torn apart because those pressures are different. If Claudia is coming off as someone who is a little bit standoffish, or a little bit cautious towards things, I think that can be easily misunderstood by people as her not wanting to participate, but it really comes from a place of her always having the pressures that she has because of her family situation in the back of her mind.

Right. And then of course, she's validated in those anxieties in a way, with her taking the fall at first.

It's such a fun girl power movie. Did that translate to the vibe like on set?

Absolutely. Well, Amy is the coolest person in the world. Seriously, she's so insanely cool. She’s someone who is in a place of power on set where she could decide a lot of things. She owns the production company, she's the director and she's taken that position to truly make change, and to create a set where everyone feels safe, empowered, and seen, and comfortable. All the things that she's learned throughout her career and her life, she is truly putting into her work, not just in making the things that she wants to make, but also in creating different communities. The community that she created with Moxie is such a special one, because all of those girls are actually my best friends now. I'm super close with Josie, Alicia, Hadley, Sydney, Sabrina, and we hang out all the time. I'm always at Josie's house.

Yeah, I hope she's okay with it, but I literally live there now. But it was super, super fun on set, because I think everyone was just so grateful to be there, and to have the opportunity to do this. A lot of us have not been really in a movie at all before. I've never been in a movie, so.

When did filming wrap for Moxie?

We wrapped December, 2019. We wrapped right before all the COVID stuff happened, so that's another thing that we were super, super lucky and grateful, that we had finished this movie and it was in post-production. That's such a blessing and something that really helped get all of us through quarantine, knowing there's something we spent a lot of time and put a lot of heart into out there.

Absolutely. And then, the film’s messages ended up being even more timely by the time it came out.

Totally. I think that Amy and the cast, we understand there are things we wish to improve upon and things about the movie that I think.. How do I put this? I'm trying to find the right word. To continue to push for movies to be more intersectional in their feminism. And to center on women of color, you know? But I think that this is something that everyone is fully aware of, and wants to continue to talk about it, push it, to see it change continually.

Are you referring to the characters of color being put in side roles?

Yeah, absolutely. Because I love so much about Moxie and as a member of the cast too, I would never want to say something negatively about the movie. But I think that what we all have felt for a long time is that women of color have not been put in that lead position. I think that that's something that our cast is very, very passionate about seeing change. Growing up for me, at least, I never really saw people in film and TV that looked like me in America. And I'm fully American, you know? But growing up when you don't see yourself in those roles, you start to feel that way in your own life as well; you start to feel like your life may be a side piece to someone else, or that you are not so much who's the voice of power, or you're not someone who people are going to think is beautiful, or attractive in some way, or that you have to fit a stereotype based off of what you look like.

It's tiring for people to feel that there’s this shell on the outside of themselves. The one thing they can't control is the one thing that everyone's going to judge them by. Representation is extremely important. Even with Moxie, I am so excited to see a movie that has such a diverse cast, and to have people see themselves as not just being a stereotype of what of people would assume they're supposed to be like. I hope that everyone sees themselves as a voice of power in their own life, and that nothing about the way that they look should define who they are in this world.

Ultimately, what do you hope that audiences take away from the film?

I hope that people can see strength in who they are, in a way that's not just one type of strength. Something that stood out for me is how everyone played such different roles in contributing to what Vivian had started. We have to always remember that the power is with us, and that truly we can change the world from our bedrooms if we want to. And I really hope that people feel that. I hope that people are not afraid to speak their truth, and not afraid to speak it in whatever way they want to, whether it's loud, or quiet, or anonymously. I think that the world needs, and wants to hear your voice.

Moxie is now streaming on Netflix.