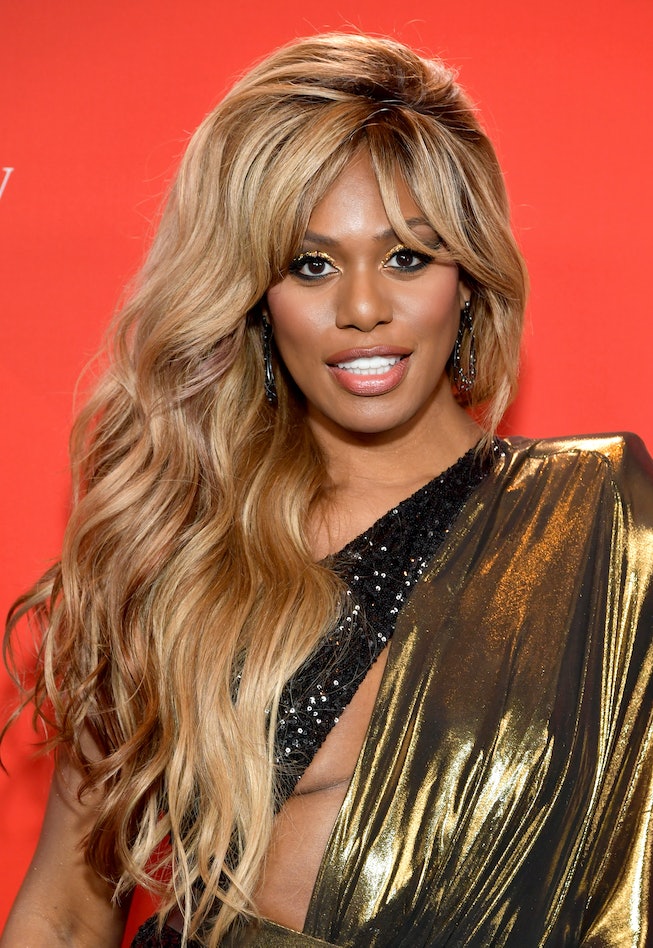 2020 has been a landmark year for transgender representation, with the arrival of new projects like Netflix's Disclosure documentary and HBO Max's recently-released Veneno drama. Yet despite these steps towards a more equitable future, it's obvious that we are far from a complete removal of transphobia. Just let Laverne Cox tell you. During a recent Instagram Live, the Emmy-nominated actress opened up about her experience being involved in a violent but brief altercation with a stranger while simply taking a stroll with her friend.

On the Live, Cox recalls going on a walk with her friend in Griffith Park when a man approached the pair and "very aggressively" asked for the time. Though Cox usually ignores strangers who approach her on the street, her friend opted to give the man the time. "Then, the guy who asked for the time says to my friend, 'Guy or girl?'" according to Cox, to which her friend responded, "Fuck off." Noting that it all happened within a split-second, Cox recalls, "All of a sudden, the guy is attacking my friend...the guy is hitting my friend and my friend is going toward him and I'm like, holy shit." Cox later recalls pulling out her phone at one point to dial 911, but just as soon as she had done so, the entire thing was over. "It was just like that. It just happened really quickly and I just was like, What happened?" she offers.

Naturally, the experience was particularly traumatic for Cox, who was still clearly shaken by the entire ordeal when she got home and promptly took to Instagram Live. "Definitely in shock, definitely triggered," she said in between exasperated sighs and sips of water. In the aftermath, Cox has found herself second-guessing her own responses in the moment, wondering whether she should have recorded the altercation with the man.

Though Cox never discloses the identity of her friend, she does mention that he has experience being out with other trans people (platonically and romantically) and relayed to her that "that's never happened" before. Cox, on the other hand, admitted that this happens to her a lot. "It doesn't always come to blows. It doesn't always get physical," she said. "But yeah...if any of you have heard my story, I have a long history of street harassment in New York, sort of being clocked or spooked and called out on the street or whatever." Nevertheless, she was still somewhat surprised that it reached the level it did. "I just can't believe it got physical," she began. "Or I guess I can believe it. But it was just really, really weird."

Throughout the ten-minute video, Cox kept returning to the shock she feels whenever she considers how quickly things escalated, how immediately her peaceful stroll with a close friend had pivoted to an unprecedentedly violent altercation. As she says, "It's not safe in the world. I don't like to think about that a lot, but it is the truth. It's the truth and it's not safe if you are a trans person. Obviously, I know this well."

Of course, Cox isn't alone. With a full month still left on the calendar, 2020 has already set a record high for the number of trans women that have been murdered at 350. Violence has been accepted as a norm for this community, and Cox's experience, as she'll be the first to tell you, is not an isolated event. "It never fails to be shocking," she says towards the end of her video. "This has happened to me before. It's happened many times. It's not new. I've been trans my whole life. I've been harassed and bullied my whole life. None of this is new."

Watch Laverne Cox recount the harrowing experience below. We have reached out for further comment.