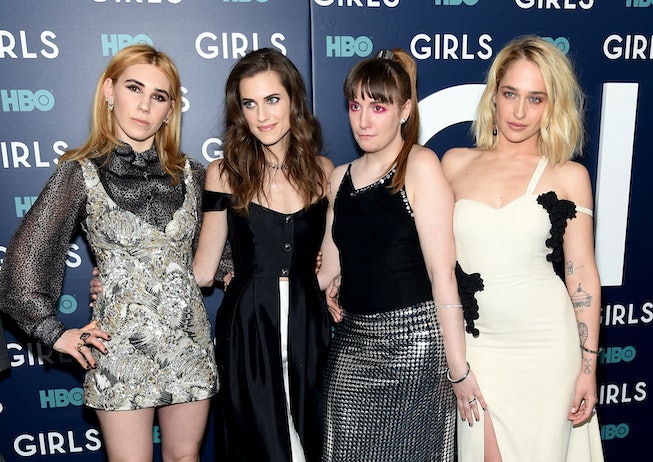 Lena Dunham may be working on a reboot of the hit HBO series that made her famous, Girls. The director and actress spoke with The Hollywood Reporter about her career thus far, and what lies ahead.

Dunham created Girls in 2012, and it quickly grew an avid fanbase. The series famously followed four girls in their twenties — played by Dunham, Jemima Kirk, Allison Williams, and Zosia Mamet — who were tasked with navigating adulthood in New York City. Throughout six seasons, viewers watched their lives unfold as they explored careers, romance, and female friendship.

The series ended in 2017 and has been shelved ever since. However, Dunham said she was inspired to revisit the characters after watching Sex and The City’s reboot, And Just Like That. “It was such a pleasure to see those women back together and to see them take on middle-age sexuality,” she said of the new HBO series. “For me, those women can do no wrong.”

According to THR, Dunham has been having “informal talks” with HBO about adding a new chapter to Girls. The idea, for now, is that the show would feature the same group of women as older versions of themselves. Similar to And Just Like That, the potential-series would focus on the evolution of their lives and the new challenges they face.

The final season of Girls ended with Hannah learning the ropes of motherhood with the help of her mother, Loreen, and best-friend, Marnie (Williams). The rest of the women's futures are left open ended, with Jessa failing to become a therapist but finding a new boyfriend, and Soshanna graduating college and getting engaged. That said, there are plenty of possibilities for future narratives.

Though no formal steps have been taken to green-light the series, it seems to be a plausible next step in Dunhams career. After years of being a polarizing figure, and getting called out in the media, the director claims she’s ready to move on and focus on her work. “I have a huge amount of empathy for people who make mistakes,” she said. “There came a point where I was sort of apologizing for breathing. That waters down the meaning of the words. I’d love the next decade to be less about apologizing and just about openly making art.”