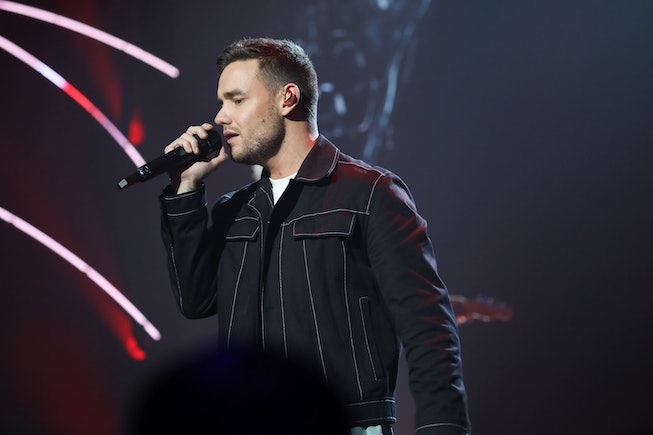 Liam Payne is not holding back about his relationship with former bandmate Zayn Malik. The two singers were famously once a part of the massive supergroup One Direction, but eventually went their separate ways after Malik left the group to pursue a solo career in 2012. Though the two are rarely spotted together, fans assumed their friendship was intact. However, according to Payne, everything is not always as it seems.

On Tuesday, the singer appeared on YouTuber Logan Paul’s podcast, “Impaulsive,” where he spoke in-depth about their tumultuous friendship and behind-the-scenes drama from the One Direction days. Keep reading for everything you need to know about their shocking conversation.

Though he didn’t name anyone directly, the “Strip That Down” singer discussed a heated fight that almost “came to blows.”

“It was well-known within the band that I don’t like taking sh*t,” Payne recalled. “There was one moment where there was an argument backstage and one member, in particular, threw me up a wall. So I said to him, ‘If you don’t remove those hands, there’s a high likelihood that you’ll never use them again.’”

Payne then explained that he and Malik’s backgrounds caused a difference in perspective. Though he didn’t provide many details, Payne said his former bandmate had a lot to “go through.” “My parents were overly supportive to the point where it’s annoying at times,” Payne said. “Zayn had a different upbringing in that sense.”

Later in their conversation, Paul referenced an old dispute between his brother, Jake Paul, and Malik. The incident occurred in 2020 when Jake allegedly accused Malik of having “an attitude” in Las Vegas. Jake claimed the “Pillow Talk” singer basically told him to “f*ck off,” causing Malik's then-girlfriend, Gigi Hadid, to rush to his defense.

At the time, the supermodel wrote that Malik was a “respectful king,” and called Jake an “irrelevant ugly ass” on Twitter. While reflecting on their altercation, Payne said Gigi’s comments “didn’t age well.”

Though it’s been two years since the incident, Malik has been rumored to have a bad temper. Earlier this year, the singer reportedly got into a heated argument with Hadid’s mother, Yolanda. According to E! News, a police report filed by Yolanda alleged that Malik acted with “intent to harass, annoy, or alarm” Gigi. The report also claims that Malik spoke to Yolanda with “lewd, lascivious, threatening, or obscene words.” The former Real Housewives star also accused Malik of assault and said he “grabbed and shoved” her.

Though he didn’t reference anything specific, Payne continued to make pointed remarks about Malik's reputation throughout the podcast. “I don’t agree with any of his actions,” he said. “I can’t commend some of the things he’s done. I can’t be on his side for that.”

Then, Payne backtracked and claimed to “understand” Malik's alleged behavior. “What I can say is I understand,” he continued. “And your only hope is that at some point in their life, the person on the other end of the phone wants to receive the help that you’re willing to give them.”

Malik has yet to comment or confirm if Payne ever reached out.