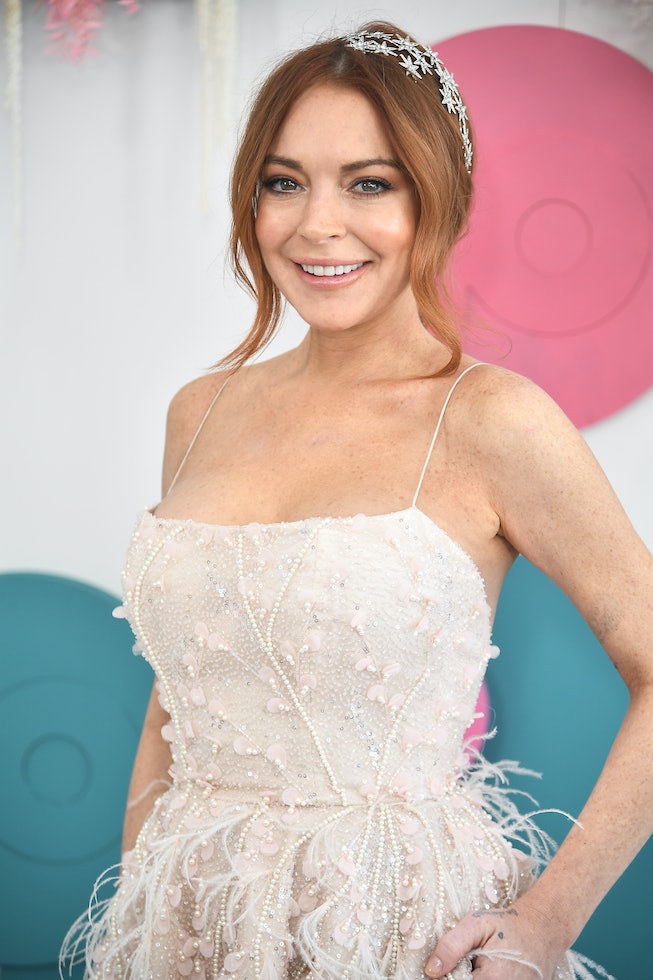 Lindsay Lohan and her partner, Bader Shammas, are taking their relationship to the next level. Yesterday, the actress announced their engagement on Instagram with a carousel of heartfelt photos. “My love. My life. My family. My future,” she wrote, while displaying her new ring.

Lohan and Shammas have been privately dating for two years. Aside from one now-deleted photo posted to Instagram in February 2020, the couple has kept their relationship under wraps. From what we know, they met in Dubai, where Lohan, 35, has been living for the past seven years. While she’s continued to pursue acting, Shammas, 34, works in finance. According to People ,he is the Assistant Vice President of a financial services company called Credit Suisse.

Following Lohan's announcement, Shammas retweeted the photo set confirming their upcoming nuptials. A wedding date has not been revealed, but it appears the couple is enjoying the engagement phase.

In the meantime, Lohan is preparing for the release of her next film. The actress is starring in an untitled Netflix holiday movie. It follows an engaged hotel heiress who gets amnesia after a skiing accident, and is cared for by a handsome lodge owner in the days leading up to Christmas.

NEXT UP
Entertainment
Taylor Swift Swept The 2022 American Music Awards
The Art Issue 2022
True Life: My Partner Is Obsessed With NFTs
Culture
Paris Hilton’s Memoir Will Included Her “Most Personal Stories Yet”
It Girl
Jessica Henwick Is A Franchise Favorite For A Reason