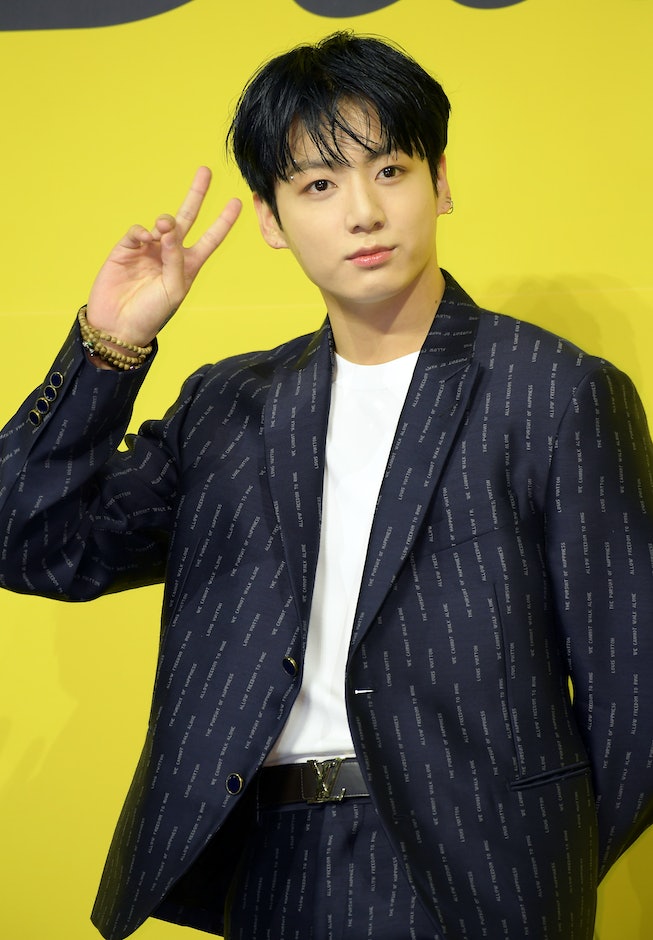 BTS’ Jungkook has covered his fair share of songs in the past from Justin Bieber to Tori Kelly — but he attempted to blow all his former efforts out of the water with a surprise rendition of Harry Styles’ emotional Fine Line ballad, “Falling,” which was quietly uploaded to BTS’ YouTube channel on Thursday.

Singing over the gentle piano melody, he delivers a faithful rendition of the Styles original, giving a surprisingly emotional performance on the song’s chorus to the point where, at times, if you aren’t paying too close attention, his voice almost emulates Styles’, an edge of rasp and husk creeping in to his vocals. The similarity is a little uncanny, but it’s only further testament to the skill and control held by BTS’ youngest member and main balladeer of the group.

It’s not uncommon for the BTS members to release covers of songs or snippets of unreleased music with little fanfare or warning, but it’s still a treat for their fans. In the past, Jungkook has uploaded his renditions of Justin Bieber’s “Purpose,” Selena Gomez and Charlie Puth’s “We Don’t Talk Anymore,” “Paper Hearts” by Tori Kelly, and many, many more. As a group, BTS’ cover catalog abounds with the group having tackled songs by Cardi B, Puff Daddy, and more.

The K-pop super group has been busy in recent weeks promoting their latest single “Permission To Dance,” and their recent collaboration with Coldplay, “My Universe.” The song — like all of BTS’ previous singles — had a massive debut, topping Billboard’s Global 200 chart and Billboard Global Excl. U.S. the week after its release.

Styles’ “Falling” is off his 2019 album Fine Line. The troubled ballad is reportedly to be about his break-up with ex-girlfriend and model Camille Rowe, with whom he split in 2018. In addition to Jungkook’s cover, the song also been covered by Little Mix. Hear JK freak his version, below.