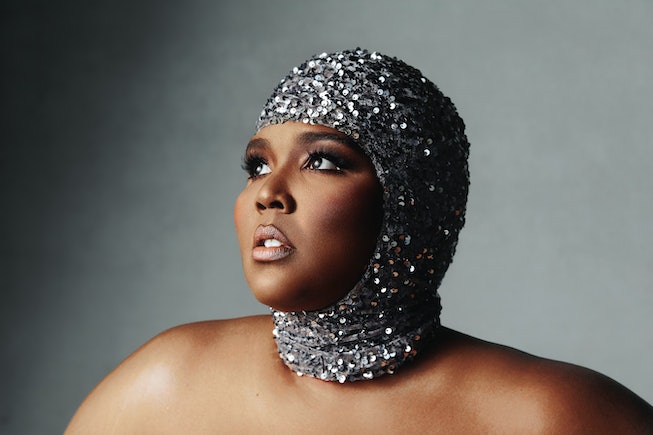 Lizzo’s next era is here and it’s the musical equivalent of a glow-up. The 34-year-old singer’s new album Special dropped on July 15 and it’s full of self-aware songs that will make you want to level up with her. Case in point, the album's fourth track “2 Be Loved (Am I Ready)” — Lizzo’s emotional yet dance-worthy anthem for accepting the love we all deserve.

Since its release, “2 Be Loved (Am I Ready) has already gained attention as an album standout for how it tackles an emotional dilemma most people can relate too, and for its infectious and addictive beat. It’s no surprise considering that it was produced by two of pop’s biggest heavy-weights, Max Martin and ILYA.

“This is the first record I made with Max Martin, and it’s a dream record,” Lizzo told Apple Music of making the song. “As someone who's been writing songs since I was 9, who studied music since I was 12, and who dreamed of being a performer, Max Martin is the dream collaborator. Recording it was like watching a legend in action. He’s an extremely collaborative, open, creative soul. The song is a callback to when pop records had key changes—that golden era of late-’80s and early-’90s pop when singers had massive records that were vocally impressive but also danceable, and the production quality was very intentional. I think it's a work of art. It’s a masterpiece.”

“2 Be Loved (Am I Ready)” begins with a sobering gut check. “I did the work, it didn’t work,” Lizzo sings, “That truth, it hurts, goddamn it hurts.” It’s been three years since she released her last album, Cuz I Love You, which tracked Lizzo’s tumultuous love life. On this song, she’s finally ready to move on and potentially explore a relationship with someone new. The first verse of “2 Be Loved” tracks the singer's thought process while she debates staying single or putting herself out there.

“That lovey-dovey shit was not a fan of it/ I’m good with my friends, I don’t want a man,” she sings. At first, it seems her mind is made up but then the idea of someone new creeps in. “I’m in my bed, I’m way too fine to be here alone/ On the other hand, I know my worth/ And now he callin’ me why do I feel like this?/ What’s happenin’ to me? Oh, oh, oh.”

The second verse comes with another difficult confession. “How am I supposed to love somebody else/ When I don’t like myself?” Lizzo asks. She then comes up with a solution. “Guess I better learn to like this,” she sings, “It might take my whole life just to do.” After deciding to simply give love a shot, she gushes about her new partner. She sings, “He call me Melly/ He squeeze my belly/ I’m too embarrassed to say I like it,” before having a meta-moment and asking herself if their relationship is real. “Girl, is this my boo? (Is this my boo?)/ That’s why I’m askin’ you ‘cause you know I’ve been through.”

Lizzo doesn’t reveal who her mysterious partner is, but the next verse makes it sound like they might be a keeper. “You found me, I was fed up with the fantasy,” she sings, “What you wanna do? Think I’m ready, ooh/ Think you like that, think you like that/ When I clap back like that, let me know.”

When the song reaches its outro, Lizzo is still hesitant about finding love, but she’s willing to give it a shot. “Am I ready?/ Yesterday, I would have run away,” she sings, “And I don’t know why (Did you know?)/ I don’t know why, but I’m ready.”

Read NYLON’s picks of the the 5 must-listen tracks from Lizzo’s Special.