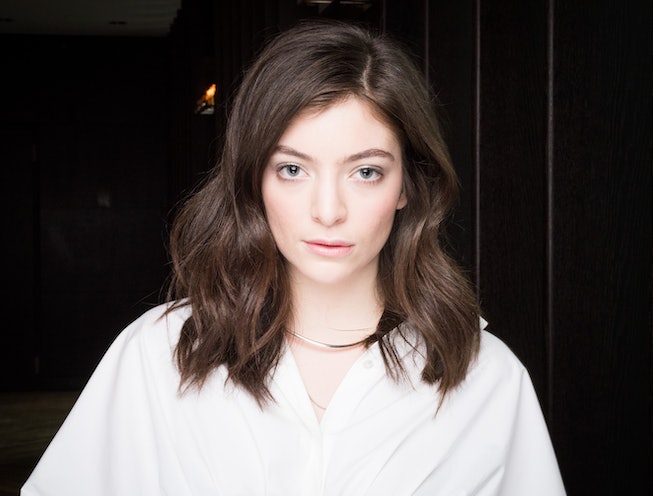 When it comes to secret celebrity social media accounts, there’s perhaps none more wholesome than Lorde’s (now, not-so-secret) onion ring review account. Originally dug up by a New Zealand blog after a fan tip-off in 2017 and later confirmed by Lorde, the account @onionringsworldwide on Instagram is as innocuous and straightforward as it sounds: close-up shots of golden fried rings of onion paired with discerning descriptors of crumb and batter consistency.

Though the account went on hiatus after it was discovered by the public, Lorde quietly started it back up recently in the last few months during COVID (though not without a disclaimer about how the account getting outed caused her to stop ordering onion rings for a few years). Now, she’s back with another new review, this time on the pickled onion rings from the New Zealand establishment Hotel Ponsonby, which she seems to wholeheartedly recommend.

“Yoosh lads back with another ring post... these were from the Hotel Ponsonby establishment, we’re talking PICKLED onion rings which is a first for this reviewer,” she writes. “I totally vibe the concept [sic] — used to eat pickled onions out of the jar as a youngster— however I think if you’re gonna go there, go there, and let acidity rather than sweetness dominate. Absolutely sensational batter, perhaps the best I’ve tried. 4/5 overall ringsperience.”

The singer has largely been posted up in her home country for the past year in lockdown working on her next album. Despite being largely mum on social media otherwise, she briefly emerged to announce her upcoming memoir Going South, which chronicles her visit to Antarctica in 2019. The book will include photos taken by her friend Harriet Were, as well as writing from Lorde.

The trip apparently also served as big inspiration for her next untitled album, which she says will “take a while longer” before it’s ready for us to hear.

“Albums live in their own realms in a way, and Antarctica really acted as this great white palette cleanser, a sort of celestial foyer I had to move through in order to start making the next thing,” Lorde wrote of her trip in a recent email to her fans. “I’ll always hold this trip up as a life highlight for many reasons, but I’m particularly grateful for it as one that showed me the beginnings of the new world which I continue to build, and am very excited to start showing you soon.” We’re hoping her onion ring reviews will still have a place there.