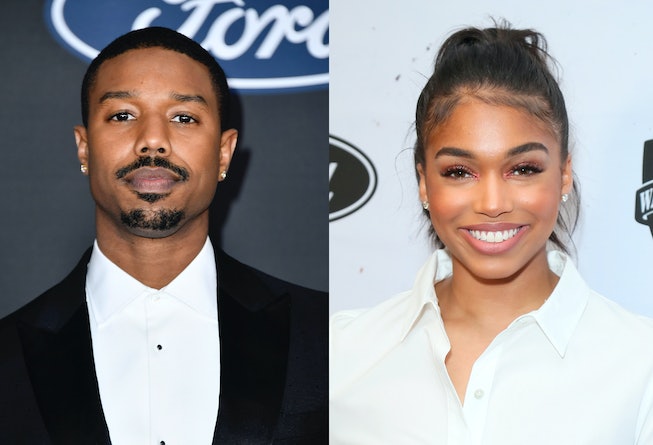 The year's hottest couple (thus far) has declared their love to the world the new-fashioned way, making it Instagram official.

Michael B. Jordan, the 33-year-old Black Panther star and People's Sexiest Man Alive, and 23-year-old Lori Harvey, the TV personality daughter of Steve Harvey, carefully timed their relationship rollout, posting a collage of cozy film snaps on Instagram at the same time, no caption needed. It's a classic holiday bae post, with the two kissing and standing in front of what appears to be a very skinny Christmas tree.

Can you hear that? It's the sound of hearts breaking everywhere, not least of which, Meek Mill's.

NEXT UP
Entertainment
Brendon Urie Officially Disbands Panic! At The Disco
Entertainment
Emma Chamberlain Is Officially Moving to Spotify On February 23 (Exclusive)
Entertainment
Harry Styles Is Performing At The 2023 Grammys
Entertainment
Raye Explicitly Speaks Her Mind On Debut Album, ‘My 21st Century Blues’
Style + Culture, delivered straight to your inbox.