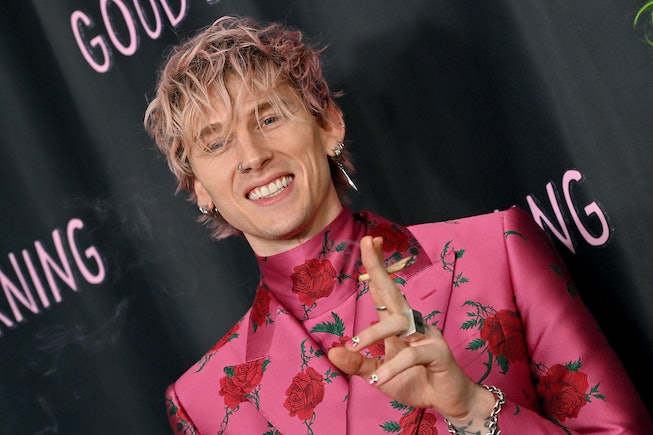 Machine Gun Kelly (aka Colson Baker) has lived an eventful life. From humble beginnings in Denver and Cleveland to becoming the globally famous artist he is today, there have been a lot of ups and downs in between. A new documentary from Hulu, Machine Gun Kelly’s Life In Pink, will cover just that — “the dramatic highs and lows of an artist chasing music’s top spot while tackling noise from the outside world, stardom, fatherhood and more.”

Described as an “all-access pass that goes beyond the headlines, into the chaotic world of Machine Gun Kelly,” the documentary tells the story of the Tickets To My Downfall artist’s life. From starting out rapping in high school to starring in movies with fiancé Megan Fox, it’s clearly been a wild ride, and the documentary promises to cover it all.

The first trailer for the film features narration from MGK over footage of his arena tours and awards ceremonies, saying, “It wasn’t always like this. I just don’t think anyone saw me coming.” The trailer includes MGK’s daughter speaking to the press “only seeing one side” of her dad, as well as footage of MGK collaborating with Travis Barker, walking red carpets with Megan Fox, and writing a heartfelt letter to his dad.

There’s no release date yet, only Hulu’s note that the doc is “coming very soon.” Check out the first trailer in the meantime, below: