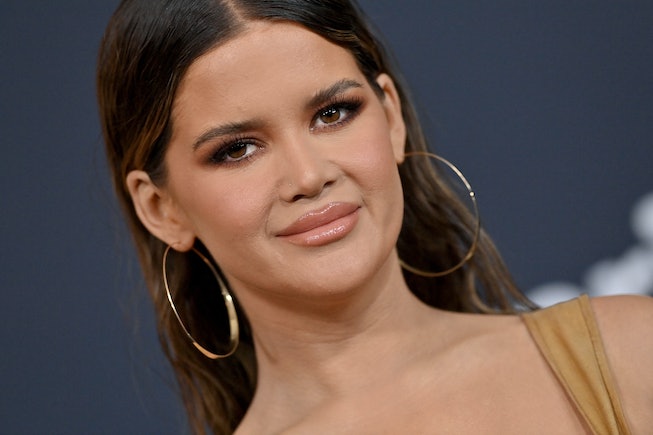 Maren Morris hit the mainstream with her 2018 hit with Zedd, “The Middle,” a bright, infectiously catchy song about finding common ground and compromise. Until then, the artist was mostly known as a country singer, but the single represented that ever-elusive pop crossover moment. As Morris has continued to release impressive bodies of work — like 2019’s Girl and her latest album, Humble Quest (out March 25th via Columbia Nashville), it’s clear the singer’s story is richer than any one song can encapsulate.

Now, Morris is preparing for her upcoming tour — her first headliner since COVID hit. After two years of uncertainty and things coming together only to fall through, Morris tells NYLON she’s just excited to see her fans again. “We've played a couple shows [in Nashville] recently and a few festivals here and there, but when you're headlining and it's just solely your crowd in the audience, it just feels so magical and pure and transcendent,” she says.

The tour will match Humble Quest’s rootsy vibe — much of the album was written during the pandemic, meaning Morris was often just picking up an acoustic guitar or going to the piano and pouring out her feelings, rather than meeting with “a ton of track guys who are making beats” the way she did for previous work. “We didn't want to overly flourish anything, because the songs didn't need that,” Morris says of the very personal album, which stuns from soaring opener “Circles Around This Town” all the way through to the heartbreaking closer, “What Would This World Do?”, a tribute to her late friend and producer Busbee.

So when it came to designing the tour, down to every detail of production, set pieces, merch, and fashion, Morris wanted to create an environment that matched the album’s mood.

She’s playing bigger arenas than ever, too, including legendary spots like the Hollywood Bowl and Colorado’s Red Rocks. “Because we're going to be outside and it'll be dark by the time we go on stage — and will just be under the stars in all of these amazing cities — I just feel like it would be weird, especially if you've listened to Humble Quest, to go and there's a laser show happening. So that's not going to be an element of it,” she says. Instead, the sets will “amplify the music and not distract from it,” letting the songs speak for themselves. “It's going to be very twinkly and organic and nature-y,” Morris hints.

Above all, Morris notes that a concert is a full sensory immersion. “Yes, it starts with the music and ends there,” she says, “but you want to create an experience from the second they walk through the door to the second that they drive home.”

As for curating the set list? Morris says the goal is to build one “that we can all laugh and dance and cry to for two hours.” You can bet that in addition to Humble Quest and other fan favorites, she’ll definitely be playing “The Middle.”

Head to LiveNation for all of Maren Morris’ tour dates, times and tickets.