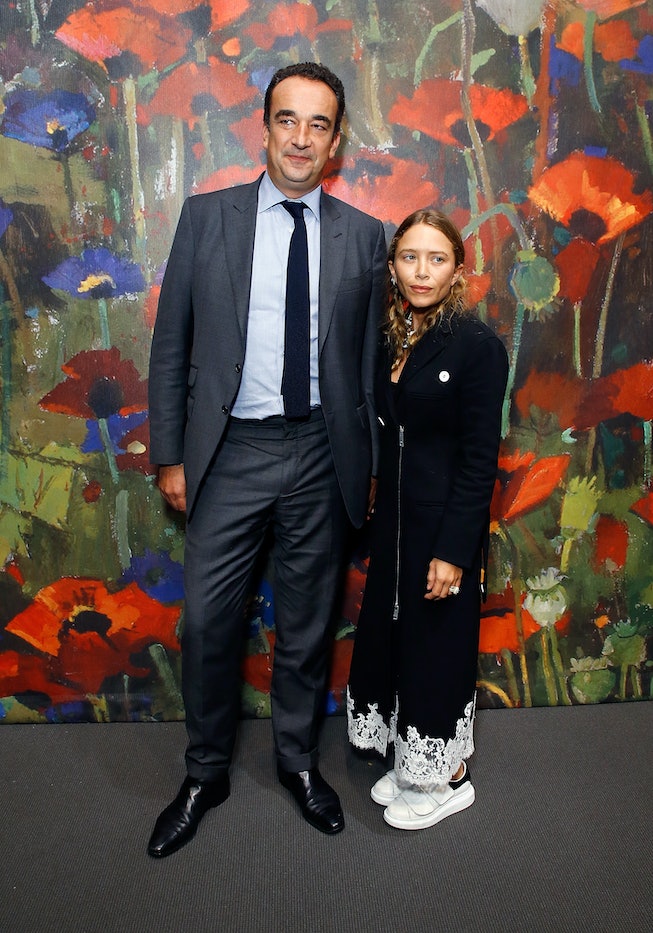 After five years of marriage, Mary-Kate Olsen, 33, and Olivier Sarkozy, 50, are reportedly getting a divorce, according to TMZ. The two were first revealed as a couple in 2012 and married in 2015.

Though Olsen signed a petition for divorce on April 17, New York City courts have not been accepting any divorce filings as a result of the COVID-19 pandemic. As a result, she's requesting an emergency order in order for the court to make an exception and move forward with her case.

Apparently, this separation is even messier: Sarkozy, who has two kids from a previous marriage, is allegedly rushing Olsen to move out of their New York City apartment by May 18. (He also reportedly terminated their lease without her knowledge.) In addition to the emergency order, Olsen is reportedly pushing for an extended deadline of May 30 to remove her belongings.

Olsen and Sarkozy's intimate wedding celebration in Manhattan made the news for a very particular party decor detail: "bowls and bowls of cigarettes." While we may not have the two as a couple anymore, at least we'll still have that one very on-brand memory to hold onto.

We will update this story with any additional information as it comes in.