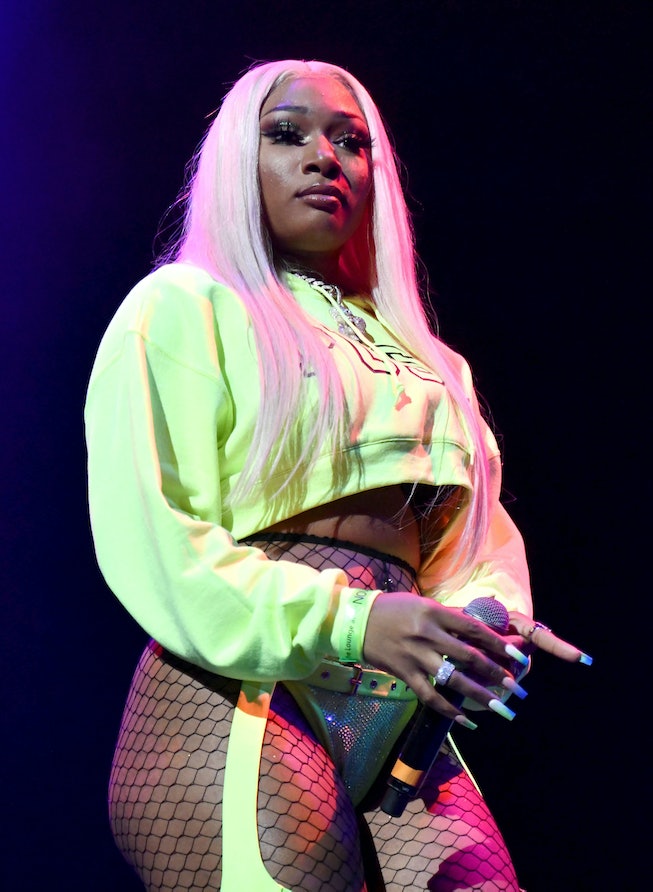 New details have been alleged regarding an altercation between Megan Thee Stallion and Tory Lanez Sunday morning that landed Meg in the hospital. Just days after Megan Thee Stallion revealed on Instagram that she "suffered gunshot wounds" the same morning of Lanez' arrest for possession of a concealed weapon, new reports from both TMZ and Page Six allege that Lanez was the one who shot the Houston rapper. Representatives for Tory Lanez did not immediately respond to requests for comment from NYLON. A representative for Megan Thee Stallion told NYLON that they did not have a statement at the moment.

According to "sources directly connected to the investigation" who spoke to TMZ, Lanez allegedly shot Megan early Sunday morning after getting into an argument with her and her friend, Kelsey Nicole, as they were in the car leaving a Hollywood Hills party. Allegedly, Megan Thee Stallion and Nicole wanted to get out of the car when Lanez open fired from inside the vehicle, hitting Megan twice in the foot, according to TMZ's unnamed sources.

A source who spoke to Page Six seemed to support the allegation, claiming: "Tory fired the shots from within the vehicle while Megan was outside trying to leave. There is video and the police are investigating. This is a case of a man physically harming and abusing a woman."

Video footage of Lanez' arrest, obtained and released by TMZ, also appears to show Megan Thee Stallion leaving bloody footprints on the road when she was instructed to exit the SUV by police.

On Sunday, initial reports about the altercation stated that Lanez was arrested on gun possession charges, while Megan Thee Stallion was taken to the hospital due to cutting her foot from broken glass. The Houston rapper later took to Instagram to write: "On Sunday morning, I suffered gunshot wounds, as a result of a crime that was committed against me and done with the intention to physically harm me."

TMZ reports that witnesses are not cooperating with the police at this time. According to The Shade Room screenshots, Nicole, who was present throughout all of this, reportedly wrote in a statement posted to Instagram that has since been deleted : "I WASN'T the one with the gun and would never do something like that . However I was present ."

On Wednesday, Megan Thee Stallion's producer Lil Ju, who worked with her on "Big Ole Freak," tweeted-and-deleted a message to Lanez that read: "count your f*cking days."