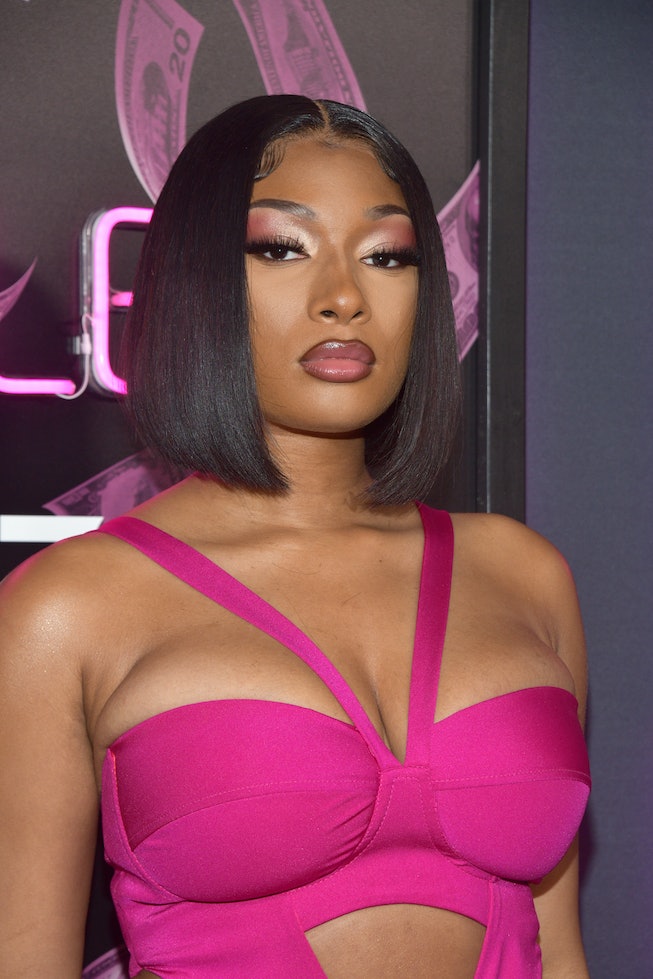 A new era for Megan Thee Stallion is here.

Back in May, the rapper revealed to her fans that her long-awaited next album was “95 percent done.” Now, the project is finally ready to make its debut. After teasing fans with the definition of the word “Traumazine” — a chemical released in the brain when forced to deal with “painful emotions caused by traumatic events and experiences” — on Instagram earlier in August, the rapper has officially announced Traumazine, her sophomore album arriving imminently on Friday, August 12. Pre-save it here.

The announcement of Traumazine was surprising news from the rapper who played coy about the project’s title, release date, and essentially all other details up until the day of the announcement, August 11. Earlier in the week, she released a cinematic trailer for Traumazine, teasing the project, which fans correctly speculated was the title of her new album. In the 20-second clip, the Hot Girl rapper could be seen in to-the-nines funeral attire, making her entrance in a dramatic all-white outfit and placing a single rose on top of the deceased person’s casket. All the while, ominous piano-led music played in the background. Solemn and dark, it certainly offered a starkly different tone than her debut album, Good News.

Following the release of the trailer the rapper continued to cryptically share new visuals for the upcoming era on social media. “It took a lot of self reflecting to get to the point in my life where I am right now… I ain’t saying I finally figured everything out or that I’m finally at peace, bc I’m not… buttt im excited for the hotties to get a better understanding of what’s happening in my head #TRAUMAZINE,” she wrote as the caption for the photos — which saw her posing in all white via a distorted camera lens.

Arriving on the heels of a triumphant but troubled few years for the rapper, which were largely colored by her heavily publicized assault case against Tory Lanez, Traumazine will seemingly see Megan Thee Stallion opening up about the difficulties she’s faced in the aftermath of the case. In a response to a fan, the rapper revealed that writing the album was challenging. “[S]aying certain things you’ve never said out loud before is hard,” she wrote in a response to a fan on Twitter.

This article was originally published on Aug. 10, 2022