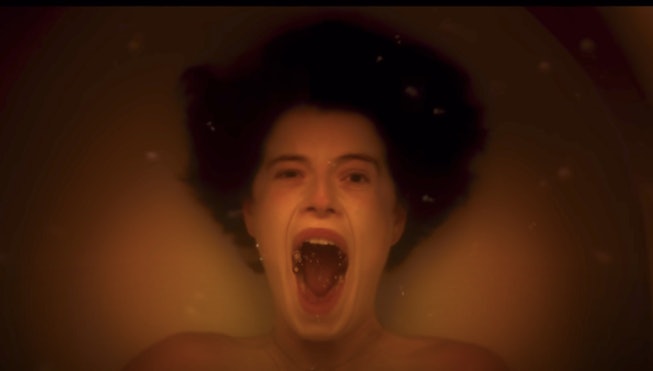 Oscar nominee Jessie Buckley is set to star in yet another psychological thriller. The upcoming project, simply titled, Men, takes place in a haunting — or possibly haunted — villa, where her character is forced to confront her demons.

The film comes from A24, and was both written and directed by Alex Garland. Per the synopsis, Buckley plays Harper, a woman who “retreats to the beautiful English countryside in the aftermath of a personal tragedy, hoping to have found a place to heal.” During her stay Harper notices a strange figure who seems to be stalking her, but is unable to convince anyone that she’s in danger. “What begins as a simmering dread,” the summary continues, “becomes a fully-formed nightmare inhabited by her darkest memories and fears.”

Buckley was aptly cast for Men, following her riveting performance as the breakout star in The Lost Daughter. The film, which was directed by Maggie Gyllenhaal, landed Buckley an Oscar Nomination for Best Supporting Actress. A24’S film, however, gives her a chance to shine as the lead.

Unlike The Lost Daughter, Men has a very small cast. Buckley is joined by English actors Rory Kinnear and Paapa Essiedu who round out the core-ensemble. All three performers are featured in the trailer, which A24 released this morning.

The film's sneak peek begins with Harper driving down a beautifully paved road until she reaches an equally beautiful house. Upon her arrival she meets the home's groundskeeper, played by Kinnear, who seems a bit odd but well intended. As the trailer continues his demeanor becomes more unsettling. Meanwhile, Harper’s vacation is upended by the horrific memories of her late husband (Essiedu). As both issues converge, a suspicious man begins to haunt Buckley. Without any confirmation if the man is real or not, Harper's mind unravels.

Luckily we won’t have to wait too long to see what happens. Men will premiere in theaters everywhere on May 20th. In the meantime, watch the trailer below and tune into the Oscars on Sunday to see if Buckley wins her category.