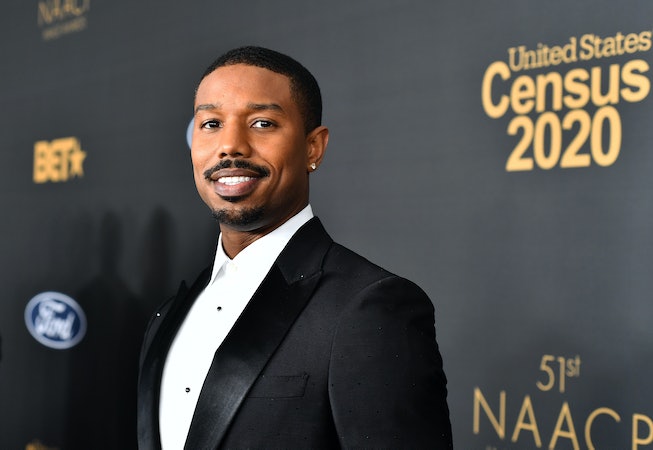 Creed. Black Panther. Just Mercy. Fantastic Four. Can you even imagine a sexier filmography? Well, apparently, PEOPLE can’t since the popular weekly gossip magazine has named Michael B. Jordan, a leading man in all the above films, its Sexiest Man Alive for 2020. And I, for one, find it very hard to disagree. (I mean, have you ever seen him in a form-fitting cashmere sweater?)

In the yet-to-be-released cover story, the 33-year-old Jordan tells PEOPLE that he’s extremely proud to be bestowed with this unprecedented honor. “It's a cool feeling. You know, everybody always made that joke, like, ‘Mike, this is the one thing you’re probably not going to get,’” he joked. “But it’s a good club to be a part of."

The actor, who has taken a very active role in Black Lives Matter and did his part to help Democrats win this most recent election, was praised for using his platform for more than vanity. "I think there’s a time and a place for everything. I’ve been picking my moments to make the most impact," he told the magazine. "We can all take action — big or small — to help create the change we want to see."

But the known family man really wanted to use this unique opportunity to thank those closest to him for making his fruitful career possible, saying, “My mom and dad sacrificed so much to provide for my sister, brother, and me. I'm just grateful. Honestly, it’s like they all have had such an impact on me and who I am and how I approach each day. Without that, a lot of things about me just wouldn’t be the same. So it all comes back to that foundation. I’m really thankful for that."

After all, it’s these very people — particularly the women in his family — that will be most impressed by this headline-making distinction. "When my grandmother was alive, it was something that she collected, and then my mom naturally reads it a lot and my aunts as well,” he told PEOPLE about the cultural cachet the Sexiest Man Alive issue held in his household. “This is one that they’re definitely going to have a special place for."

Michael B. Jordan's latest honor follows the actor’s first appearance in the magazine, over seven years ago, when he was featured as part of PEOPLE’s first annual Ones to Watch portfolio. Back then, he was coming off a career-making, award-winning performance as real-life Oakland police brutality victim Oscar Grant in Ryan Coogler’s devastating Fruitvale Station. And wow, what a difference seven years can make. Since then, the talented (and undeniably attractive) actor has seen his profile rapidly rise — from the expanded Rocky franchise all the way to the Marvel Cinematic Universe. Next up? A crucial role in the upcoming installment of Tom Clancy.

Anyway, back to Googling pictures of Michael B. Jordan shirtless.