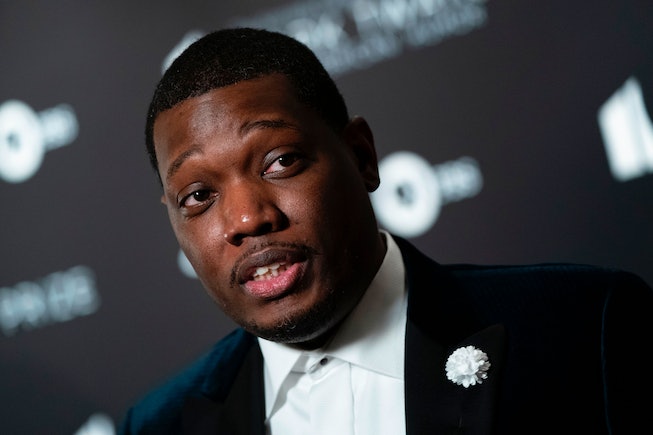 Well, Michael Che, one-half of that oh-so-controversial Weekend Update duo, apparently has no idea what AAVE (African-American Vernacular English) is — or at least, he didn’t before this weekend.

This Saturday, during an already fraught episode of Saturday Night Live (thanks to the still puzzling host choice of billionaire f*ckboi Elon Musk), Che premiered a sketch titled “Gen Z Hospital.” In it, SNL players Melissa Villaseñor, Kate McKinnon, Bowen Yang, Heidi Gardner, Ego Nwodim, and Mikey Day all cosplay as Gen-Zers in a General Hospital-style soap opera while they anxiously await the results for their “Bestie,” who is currently in a hospital bed. Much of their Gen Z-specific mannerisms are tied up in their manners of speech, which includes frequent usage of words and phrases like “bro,” “pressed,” “deadass,” “facts,” “left on read,” “gang-gang,” “cap,” “pull up,” “say less,” and “tea.”

Yet what the sketch didn’t account for was the fact that though many of these words are indeed used incessantly by members of Gen Z, these young people did not originally create them nor should they be credited with popularizing them. In fact, like many ubiquitous phrases in America, much of this lingo stems from Black people, using language that has long been referred to as African-American Vernacular English (AAVE, for short).

After the sketch aired late Saturday night, many headed to Twitter to point out this fact, accusing Saturday Night Live — and Che, who wrote the sketch — of culturally appropriating language and doing so in a way that made fun of this manner of speaking.

But in response, rather than apologizing for his mistake, Che decided to blame it on his own lack of knowledge by admitting that he had never even heard of AAVE before this weekend. “I’ve been reading about how my ‘gen z’ sketch was misappropriating AAVE and I was stunned cause what the f**k is ‘AAVE’? I had to look it up,” he wrote in a since deleted Instagram post. “Turns out it’s an acronym for ‘African American vernacular english.’ You know, AAVE! That ol’ saying that actual black people use in conversation all the time… Look, the sketch bombed. I’m used to that. I meant no offense to the ‘aave’ community. I love aave. Aave to the moon!”

Che’s bitter defense to his rightfully earned backlash is offensive for several reasons. Not only does he shirk responsibility for his actions, but he also wrongly implies that Black people are unaware of AAVE as a concept. In reality, many Black people (myself included) have been educated about the cultural significance and importance of AAVE for a long time. Just because you might have just now heard about it, doesn’t mean the rest of us hadn’t before. Agh... that damn Michael Che.

If you’d like to judge for yourself, check out “Gen Z Hospital” below.