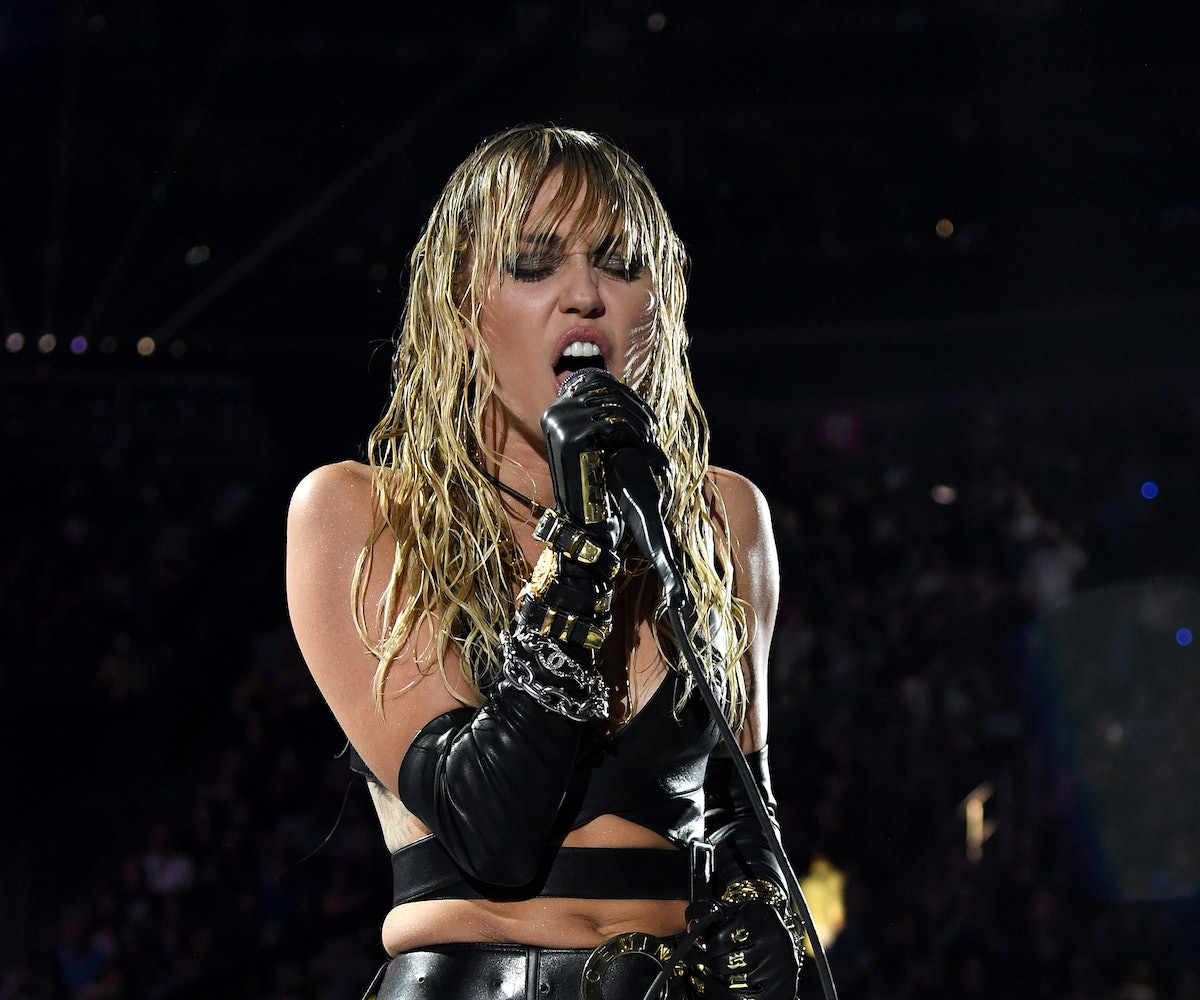 Miley Cyrus' next era is nearly upon us, and if the countless covers and one excellent Stevie Nicks mash-up were any indication, it's likely going to be her rock diva moment. The singer shared the the track list to her seventh studio album Plastic Hearts on Friday, which more or less confirmed it too: rock legends Joan Jett and Billy Idol will be features on the album, along with Dua Lipa.

Plastic Hearts, out November 27, will contain 12 tracks including the lead and only single, "Midnight Sky." Cyrus released the disco-inflected track earlier in August, and has since spent the rest of the album lead-up dropping immaculate song cover after cover, from Blondie's "Heart of Glass" to The Cranberries' "Zombie". Most recently, she teamed up with Nicks for a remix mash-up of "Midnight Sky" and "Edge of Seventeen." Though we've only heard one official track from the record, it's hard not to infer from what she's clearly hinting at us: that her new era will be glamorous rock excellence.

Cyrus' last full-length album was 2017's Younger Now, which saw the singer adapt '70s aesthetics and breezier acoustic sounds. In the interim, the singer also released SHE IS COMING, a 6-track EP that featured high-energy collaborations with artists like Swae Lee, Mike WiLL Made-It, and Ghostface Killah. See the full Plastic Hearts track list below.