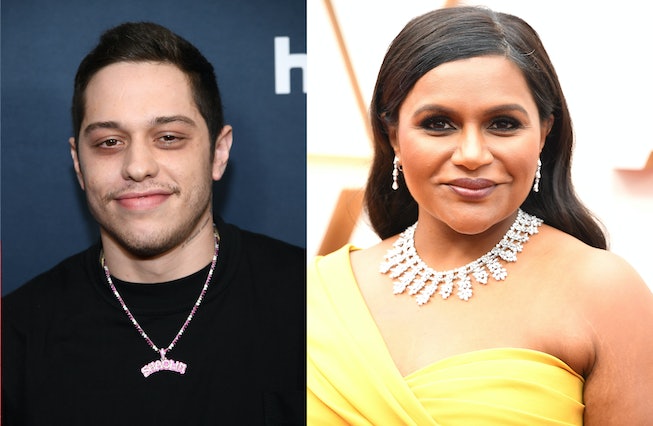 Animation fans with a HBO Max subscription are in luck — the streaming service is bringing new shows along with a double-season order for the reboot of Phil Lord and Chris Miller’s Clone High to its lineup.

Miny Kaling will be lendng her voice to the titular role in Velma, a new series dedicated to the brains behind the Scooby gang's crime fighting operation, Velma Dinkley. The beloved sleuth has been given a 10-episode order and also features Kaling as an executive producer on the series alongside Charlie Grandy, Howard Klein, and Sam Register.

Saturday Night Live star Pete Davidson will also be diving in HBO Max's animated waters with a role on new series Fired On Mars. The existential workplace comedy has an uncanny, dystopian setting — Martian campus of a modern tech company. Is Elon Musk's dark money secretly funding this project? Per Vulture, Davidson will voice a character in the eight-episode series and serve as an executive producer alongside Dave Sirus (with whom Davidson was worked on SNL and The King of Staten Island) and Carson Mell (Silicon Valley).

Finally, we get to the highly-anticipated reboot of MTV’s Clone High. Much of the reboot is still under wraps, but the ten-episode order promises to be a "modern refresh" of the cult-favorite animated series. The Clone High reboot is doing its best to bring justice to the original, with Phil Lord, Chris Miller, and Bill Lawrence all returning to executive produce, and original Clone High writer Erica Rivinoja coming back as showrunner.