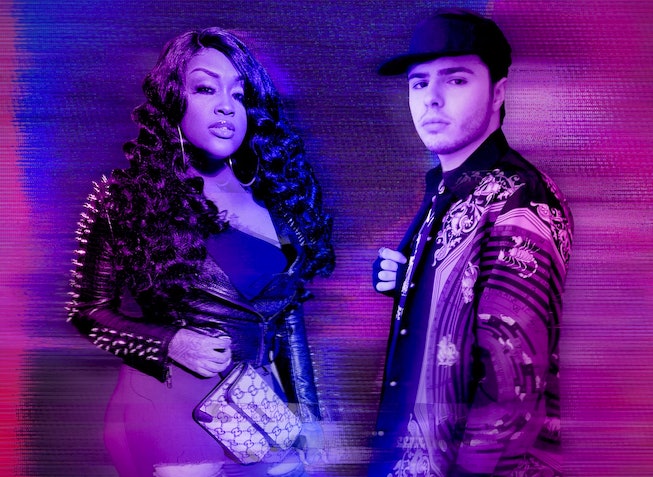 Following the success of singles like "Stay" and "One Sided Love," pop powerhouse MkX is back with a new song, "Down," featuring the one and only CupcakKe. The delightfully raunchy collab makes perfect sense, given CupcakKe's sex-positive persona and the early 2000s R&B meets electronica pop vibes of MkX's music. The former tour opener for Ariana Grande has been making beats in his bedroom since his early teens, and knows that the creation of really effective pop music is no simple task despite the genre's inherently effortless feel.

"To me, pop music is almost like a science," MkX tells NYLON. "It’s about maintaining the perfect balance between something unique and different with something people are already familiar with. There’s a certain form that people expect to hear when they listen to pop music, but you want it to stick out from the rest of what’s already out there. I think the 'perfect pop song' is when an artist really nails that balance."

MkX's major influences — pop gurus including Lady Gaga, Tinashe and Max Martin — are readily apparent on "Down." On the choice to feature CupcakKe, he said, "I’ve been a huge CupcakKe fan for a long time. I saw her live a few times and knew she was someone I’d love to collaborate with. I sent her the track and she said she was down to drop a verse on it! She absolutely killed it and her verse brought the magic I was initially hoping to add to this track. She’s extremely talented and super nice as well!"

CupcakKe had similarly glowing things to say about the experience, telling NYLON, "Working with MkX was a ball. He Sent the record over and I automatically knew it was a vibe. I can hear the record being played in clubs, radio and many more lit locations. He requested me to not hold back and give the record my raunchy side so that's exactly what I did."

Listen to "Down" below: