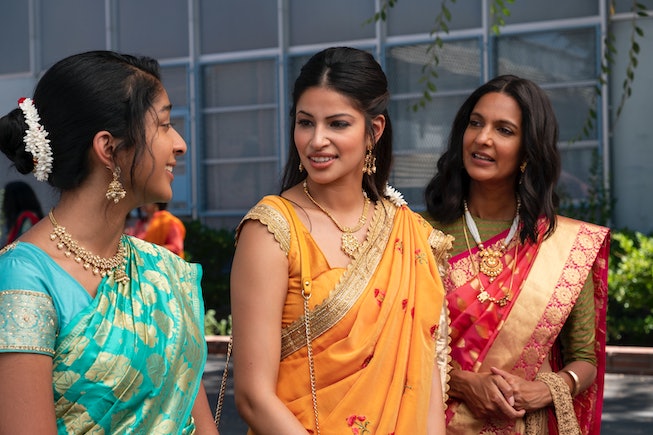 The romantic battle between Paxton Hall-Yoshida and Ben Gross will thankfully live to see another day: Never Have I Ever has been renewed for a second season.

The Netflix series premiered back in April, helping us briefly escape the COVID-19 hellscape through main character Devi Vishwakumar's hijinks, as she navigates high school's popularity contest while exploring her Indian-American identity. Like all good teen series, Never Have I Ever came with a bizarre little love triangle between Devi, her nemesis-turned-friend Ben, and resident popular hottie Paxton. But the show isn't just about crushes and a race to lose one's virginity; Maitreyi Ramakrishnan's portrayal of the complex Devi offered a nuanced look into grief, loss, friendship, and the trials and tribulations of being a first-generation American.

Co-created by Mindy Kaling and Lang Fisher, the second season of Never Have I Ever will likely continue to pull from Kaling's own upbringing. Since television production will probably remain halted through the end of 2020, it's safe to assume that Never Have I Ever will land back on the streaming giant sometime in 2021. Kaling took to Twitter to thank viewers for tuning in and thus ensuring that Devi's shenanigans continue to unfold. “We are so excited for a second season of Never Have I Ever!" she said. "It’s all because you guys turned up to watch it and told your friends — it’s that simple! Thank you so much."

The season renewal announcement itself is also extremely cute reminder of the show's energy, and features Ramakrishnan, her new bangs, and her co-stars on a Zoom call. Watch it below.