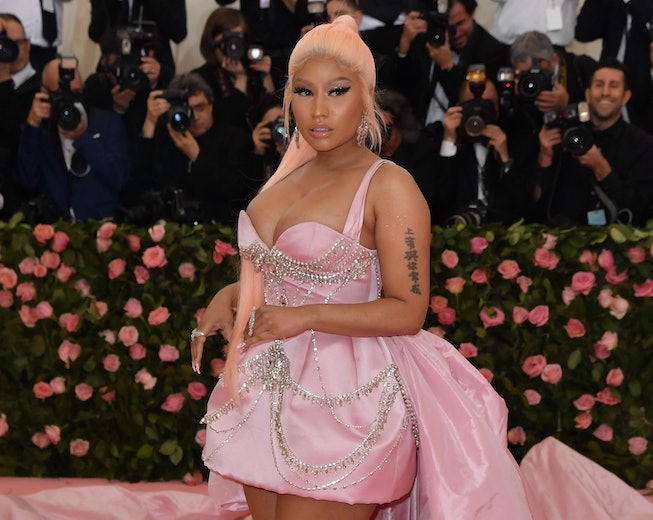 Another day, another pregnancy announcement on social media. On Monday, Nicki Minaj took to Instagram to announce that she's pregnant. The rapper revealed her baby bump in a professionally shot photo, wearing a floral bikini, platform heels, yellow hair, and colorful eye makeup.

"#Preggers," wrote Minaj in the photo's caption, along with a yellow heart emoji. In October 2019, she married Kenneth "Zoo" Petty after a year of dating.

Minaj hinted at a pregnancy back in May after tweeting about common pregnancy symptoms while promoting her "Say So" remix with Doja Cat. Fans asked for baby bump photos but she responded with, "Yea in a couple of months. The world ain't ready yet 🥰😘."

Rumors continued to swirl in June that Minaj could be expecting, according to behind-the-scenes photos while filming the "Trollz" music video with Tekashi 6ix9ine, which show outfits covering up her stomach.

While Minaj never addressed the rumors, she did, however, tease a potential follow-up to her debut album Pink Friday. On June 29, she tweeted out "PF2," which made the Barbz speculate that a sequel release could be well on its way. Turns out, we'll be getting much more than that now.