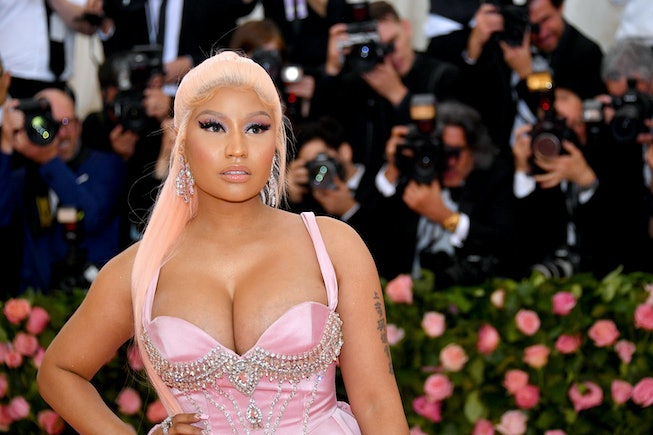 Nicki Minaj is up to something. Minutes after tweeting out "MEMORIES," on June 29, she tweeted out three characters that sent shockwaves through her devoted fandom, the Barbz: "PF2." While any Minaj scholar can easily point out that the "PF" refers to her debut album Pink Friday, the numeral was a big surprise. Could it be true? Is Minaj teasing a sequel?

Pink Friday, which boasted Minaj's early mega-hits like "Super Bass," dropped in November 2010 and included features from heavyweights like Kanye West, Rihanna, and Lil Wayne. In addition to bangers, Pink Friday also introduced the world to Minaj's alter-ego, Roman Zolanski, "the demon inside her" that pops out when she's about to pop off. The record is nearing its 10 year anniversary, so a sequel of sorts would undoubtably be widely celebrated.

Minaj's forthcoming record will follow 2018's Queen. “It’s probably the most excited I’ve been about an album release in a really long time,” she told ELLE last fall. “This one incorporates all the things people love about Nicki, but it also just has a way bigger sound.”

Minaj recently hit the top of the Billboard Hot 100 with "Trollz," her debut with deeply controversial rapper Tekashi 6ix9ine. The success, however, was brief. According to Chart Data, "Trollz" suffered “the biggest fall for a #1 debut in Hit 100 history,” although its new number ranking is still unknown.