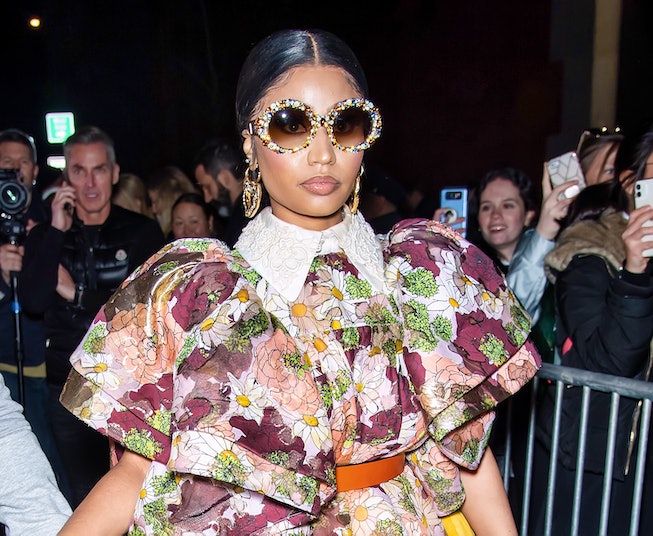 One of the most important, unofficial rules of life is to never, ever cross a Nicki Minaj fan online. The rapper is known for having one of the most fervent fanbases — often referred to as Barbz — that will come to her defense at the first sign of disrespect to their leader. Doja Cat has drawn the ire of the Barb community on more than one occasion, but the beef can officially be a thing of the past, considering that Minaj is set to feature on a forthcoming remix of "Say So."

"Say So" is one of Doja's biggest hits to date; the Hot Pink track wasn't initially a single, but it eventually became one after the song exploded on TikTok. The song sparked a dance trend on the video platform that was so popular in its own right that it even made it into the track's ultra-glam 70s music video. "Say So" reached such a level of ubiquity on TikTok that it propelled the song into the Billboard Top 100 months after its official release.

This collaboration makes it clear that Minaj and Doja have never had issues between themselves. Doja has frequently called herself a fan of the rapper, and even explained why her fellow Barbz were on her back. As most Twitter beefs go, it started with a misunderstanding.

"Okay, so there's someone who's verified on Twitter and they're not even a stan account or anything," she explain to Zane Lowe on Beats 1. "They're just some random guy who was just, he saw this art that someone drew of me, Nicki and Meg, in that order. So Nicki was in the middle and it was a Rolling Stone cover, but Nicki was in the middle, rightfully so. Meg was on the right and I was on the left and this guy commented, 'I'd like to see Doja in the middle.'"

The comment wasn't taken too kindly by the Barbz, who verbally attacked the man. Doja stepped in, told him to not engage with what she felt was useless cyberbullying. "People started spinning it, of course, because that's the internet," she said. "They start spinning it that I'm talking about every single person who likes Nicki Minaj when they don't even know I'm the biggest Nicki Minaj fan. So they're stupid. They don't even know me. So they're saying things that they have no idea what they're talking about. But that's basically how that panned out."

There's no officially release date for the "Say So" remix as of writing, but Doja commanded her followersto tweet #SaySoRemix to get a sneak peek of the track. Get to work, Barbz.