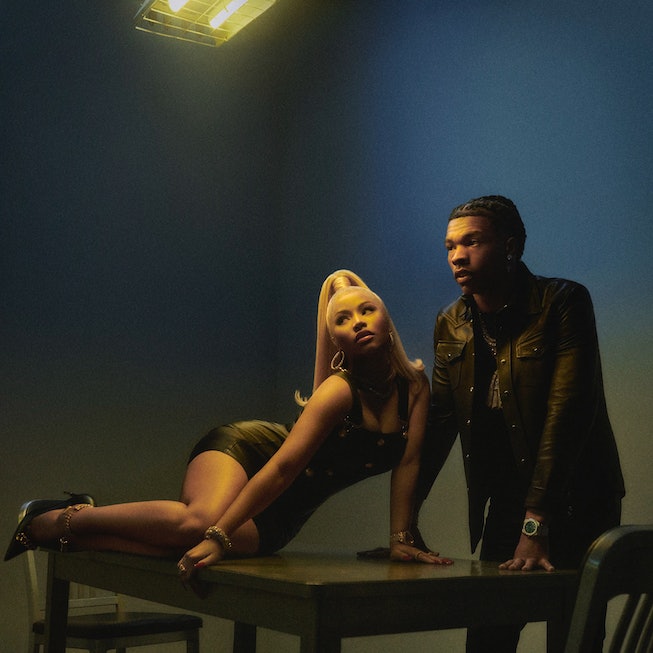 The queen of rap is officially back. Nicki Minaj made her long-awaited return to music on Friday with the release of “Do We Have A Problem,” her first proper single since the release of 2018’s Queen, featuring none other than rap’s reigning prince, Lil Baby.

And as she always does, the queen knows how to make an entrance. The no-nonsense, fast-paced track proves Minaj is still at the top of her lyrical game as she fires bar after bar about reclaiming her position at the top of the pack. “Hmm, hold up, shorty, hold up, b*tch, please don't touch me/ Look at my fit, look at my ankle, look at my wrist/ This one a pack, this one a brick/ That one a opp, that one a lick/ This one for Pop, this one for Juice,” she raps on its opening lines. Baby jumps in on its second verse, rapping about Mark Rubin, Chanel, and Casamigos.

For a track that’s all about flexing muscle, power, and influence, Minaj and Baby paired the gritty song with a equally intense and high-octane, 9-minute-long music video that features long acting sequences from Minaj. In it, she plays an agent who double crosses her team with Lil Baby as they pull off a high-stakes heist. Directed by Benny Boom, the visual also includes cameos from Power’s Joseph Sikora and actor (and Tia Mowry’s husband) Cory Hardrict.

Minaj celebrated the release of “Do We Have A Problem” with a busy night of promos taking her from the Clippers game at the Crypto.com arena — where she set the stadium awash in pink — to The Late Late Show with James Corden where she played co-host and delivered a startling accurate impression of Adele (clearly, their admiration for each other is mutual). And it doesn’t seem like Minaj will be sitting still anytime soon; already the Barbz are demanding for the star to do one of her infamous Instagram Lives, and — thank god because we love the drama — it seems like she’ll be granting their wish soon...

There’s no word yet whether “Do We Have A Problem” is part of a larger project due later this year from the superstar, though it’s highly likely there’s more new music from Minaj waiting in the wings. As a press release teases, “Do We Have a Problem?” only hints at a whole lot more to come. Nicki Minaj is back, and it’s the best kind of problem…” We can’t help but agree.