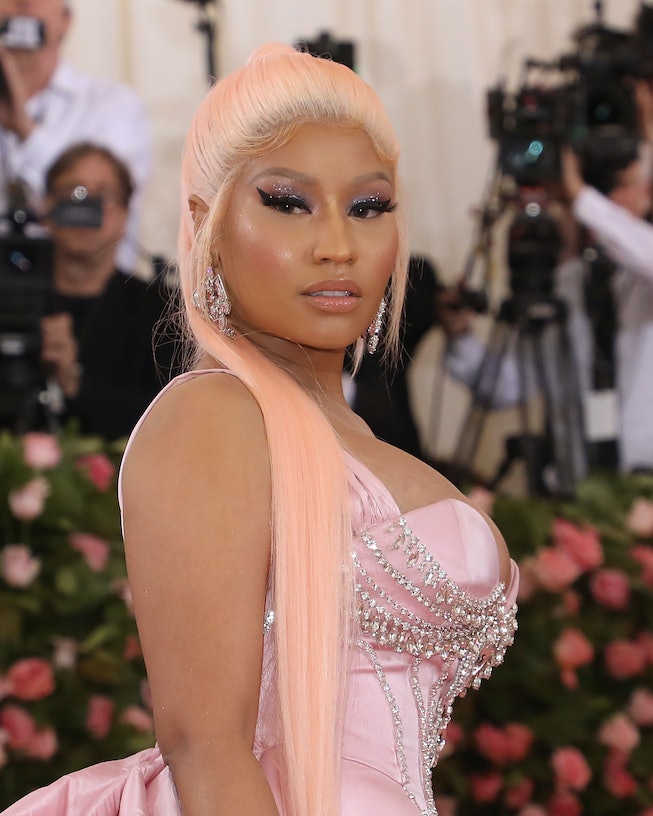 Nicki Minaj and T-Pain may be cool now, but their creative relationship had a rocky start. In an interview with the 85 South Show, T-Pain revealed that he wanted to feature Minaj on a song in 2007 but the young-money rapper ghosted him.

“We was about to work together and she stopped responding,” he explained. “I was like, ‘Nick, let me know what’s going on. She was like, ‘Hey I’m an artist too and I’m working on my shit, so ya know, baby chill. And I was like, Oh, my heart.”

The hosts jokingly questioned T-Pain’s emotional reaction. “That hurt your feelings?” one asked, while the other exclaimed “That was it?” Pain was a good sport though, and admitted that he may have had a crush on her at the time.

“Maybe I was in love with Nicki Minaj,” he said, laughing about the memory.

The Shade Room posted a snippet of the interview to their Instagram account, which quickly caught Minaj’s attention. She claimed not to remember their interaction, but apologized anyway.

“I don’t remember this AT ALL but it DEF sounds like something I would say,” she wrote, adding, “Omg what was I thinking? He was already a really big artist. I was still underground. Chile I used to be bugging yo. I was under so much pressure to deliver my bad babe, all love.”

Minaj continued to express her gratitude for the “Buy U A Drank” artist, and thanked him for his help on her latest album. “I have nothing but respect for your talent, and thank you and Kanye for clearing ‘Go Hard’ for Beam Me Up Scotty last month, '' she wrote. “Listening to you over and over on that record taught me so much about harmonies and background vocals. Your vocals on that song alone are GOATED FOR LIFE. I listened to every single detail.”

NEXT UP
Entertainment
Taylor Swift Swept The 2022 American Music Awards
Entertainment
RM's "Yun" & 9 Other New Songs Out This Week
Entertainment
Caroline Polachek Announces Album ‘Desire, I Want To Turn Into You’
Entertainment
Precious Pepala Is Going From TikTok Covers To Her Own Resonant Songs