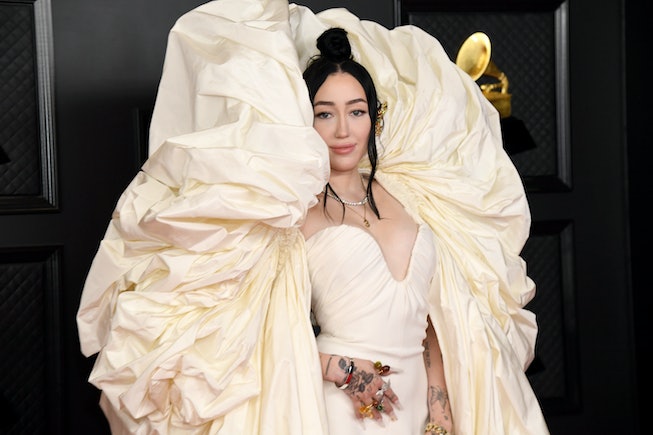 Noah Cyrus opened up about her battle with substance abuse in a new interview, telling Rolling Stone about recovering from an addiction to prescription drugs and using music to get back on her feet.

Cyrus explained that she was first introduced to Xanax as a teenager. “My boyfriend at the time, when I was 18, was the first person that gave me a Xanax and it became a way for us to bond,” she said. “I think I wanted to fit in with him. I wanted to be what he wanted and what he thought was cool and what I thought everybody was doing.”

The youngest Cyrus sibling made a name for herself in 2016 with the release of her first single “Make Me Cry.” The moody song — which was created with Labrinth — was a stark contrast to the pop-rock music that her older sister, Miley, was known for. Noah’s career progressed from there leading to a collection of singles, EPs, and now her emotional debut LP, The Hardest Part.

The upcoming record was created while Cyrus recovered from an addiction to Xanax. “It gave me so much structure in the time that I really needed structure because I didn’t want to just be sitting around and stirring in my brain. It gave me hope,” she said of the recording process.

Cyrus further explained that the effects of Xanax diminished the intensity of her mental health struggles, which then led to an addiction. “Once I felt that it was possible to silence things out for a second and numb your pain, it was over,” she said. The singer added that it was easy for her to obtain the pills, which are only supposed to be supplied with a prescription. “I was surrounded by people who were easily able to get it by buying it for people,” she explained.

According to Cyrus, her addiction hit its peak in 2020. She recalled passing out in an interview that was never released, detaching herself from her family, and using Xanax to cope with her grandmother's passing. “It just kind of becomes this dark pit, bottomless pit,” she said, reflecting on the experience. At one point she even feared for her life. That turning point is featured on “Noah (Stand Still),” the first track on The Hardest Part. “When I turned 20, I was overcome by the thought that I might not turn 21,” Cyrus says. Death upon my doorstep, if I took just one more step, there’d be nothing left of me except these songs.”

The singer has now been in recovery for two years. “I was being helped by everybody that I needed help from, and it took some time to get back on my own two feet,” she said. Though she is not shying away from her past, Cyrus doesn’t claim to be a role model. “I’m not trying to be, like, any spokesperson for recovery or anything like that,” she said. “I, myself, am just going through it and figuring it out.”

Cyrus’ The Hardest Part is out September 16th.

NEXT UP
Entertainment
On "Flowers," Miley Cyrus Is Still In The Throes Of Moving On
Entertainment
Emma Chamberlain Is Officially Moving to Spotify On February 23 (Exclusive)
Entertainment
Is Rihanna’s Super Bowl Promo Hinting at New Music?
Entertainment
Gracie Abrams & Gia Coppola On The Joy Of Free-Flowing Collaboration
Style + Culture, delivered straight to your inbox.