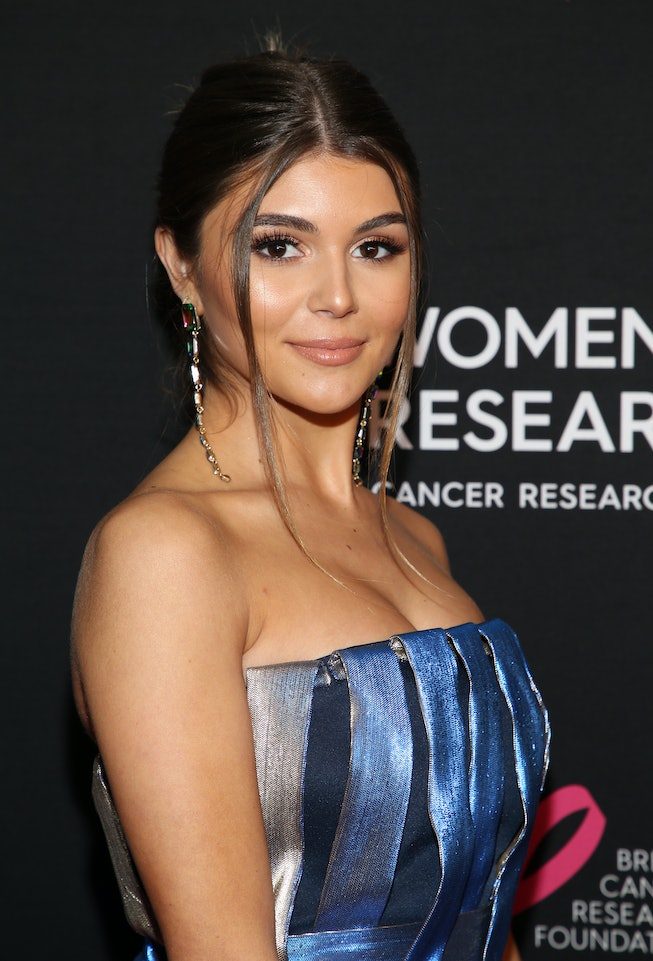 Olivia Jade was less than pleased with the Gossip Girl reboot line about her mother’s prison stint, taking to TikTok to correct the basis of the joke.

The episode in question aired on HBO last week, and the season premiere scene starts with character Monet De Haan (Savannah Smith) telling her friend that losing is “bad business.” Another character (played by Zión Moreno) then adds, "Everything will be fine so long as you win. Olivia Jade gained followers when her mom went to jail."

In response, 21-year-old Jade shared a TikTok video of herself watching the scene, shaking her head and then saying, “No, I didn’t.”

Both of the beauty influencer’s parents, Lori Loughlin and fashion designer Mossimo Giannulli, received short prison sentences for their involvement in the college admissions scandal that first broke in 2019, in which more than 50 parents and educators were arrested and accused of committing fraud to get their children into top universities.

In December, Jade went on the Red Table Talk to apologize for her family’s involvement and take accountability for the fallout that occurred.

"This has been a really eye-opening experience for me ... and although there's a lot of negative around it, and a lot of mistakes and wrongdoing, it's led me to have a completely different outlook on a lot of situations," she told hosts Jada Pinkett Smith, Willow Smith, and Adrienne Banfield-Norris.

"What happened was wrong. I think every single person in my family can be like, 'That was messed up. That was a big mistake,'" she said.

"But I think what's so important to me is to learn from the mistake, not to now be shamed and punished and never given a second chance," she added.