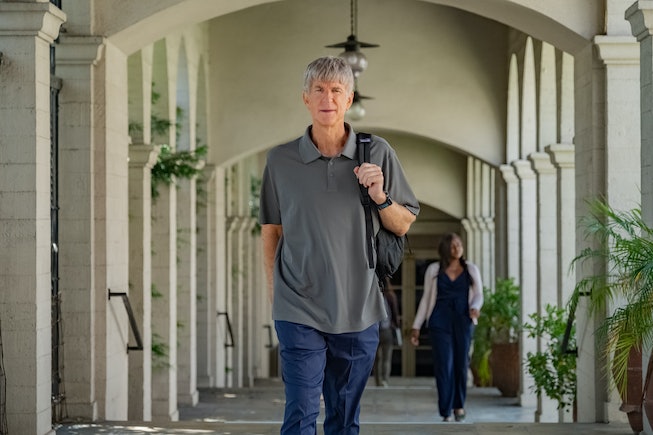 On March 12, 2019, federal prosecutors made public their investigation into a bribery scheme at elite colleges across America, code named Operation Varsity Blues. At least 53 people — including famous faces like Lori Loughlin, Felicity Huffman, and their respective husbands Mossimo Giannulli and William Hall Macy Jr., each of whom ended up doing prison time for their parts in the plot to get their children accepted into schools they otherwise would not have been attending. Whether through doctoring documents to make the students appear to be athletic recruits, or paying an adult professional in the test prep industry to take the SATs and ACTs on behalf of their children, the scandal proved that there are few lengths some parents won’t go to when orchestrating their offsprings’ futures.

The investigation immediately blew up into a national conversation, fueled as much by the trainwreck spectacle of fallen elites as by the outsized impact that receiving a degree from a prestigious four-year university has become on young people’s lives. The intended beneficiaries of the scandal, like Loughlin and Giannulli’s famous YouTuber daughter, Olivia Jade, became symbols of gross entitlement, while longstanding “backdoor” admissions channels via connections and massive donations underwent newfound scrutiny.

Tackling such a meaty subject for their latest documentary, filmmakers Chris Smith and Jon Karmen certainly had a lot of material to work with, but much of it had already been tread and retread in the national news and ad nauseam on Twitter. The team behind Netflix’s Fyre: The Greatest Party That Never Happened, Smith and Karmen are familiar with scamming masterminds, and focused their lens on the unassuming center of the scandal: Rick Singer, the man whose sometimes real, sometimes bogus college admissions counseling company used illegal means of getting the children of Los Angeles’ most elite circles into top colleges.

With a mix of interviews and narrative reenactments based on transcripts pulled from the FBI’s wiretaps of people involved, including several parents, Operation Varsity Blues paints a chilling picture of exactly how Singer drew people into his plans and took advantage of gaps in the college admissions system to make a small fortune off of what simply amounts to cheating. The documentary also asks viewers to consider bigger questions about who benefits from the rules currently set in place, who is allowed to break them, and whether the College Industrial Complex is taking more than it’s giving in the quest to educate America’s young adults.

NYLON caught up with Smith ahead of the film’s premiere on Netflix to discuss the decision to focus on Singer, the responsibilities the universities have, and whether the scandal just ended up perpetuating the exclusive, scarcity mindset behind the current college admissions process. Read on for our conversation.

Why did you choose to focus on Rick Singer of all the subjects involved in this case?

You know, in looking at the story, he seemed like a bit of an enigma. There was very little information about Rick that we could find online. He was at the center of this story, but there was very little known about him. So it felt like there was an opportunity to try to get a better understanding about the person that was at the center of this story.

Most people in the film describe Rick as being very hard to read. What was your take on him and his motivations, in the end?

I think that was one of the things that made him so fascinating to me, it was that I never was able to get a clear understanding of him as a person. But I think our goal was to try to put some of the pieces together to give you a better understanding of him, at least through what we were able to find. We had very little to work with, but one of the things that we came across early was these transcripts of wiretap phone calls that he had with different parents. And I think, diving into those gave us insight, and through those conversations we were able to glean the small bits of his character, which is basically how we built the foundation of Matthew Modine's portrayal of him.

And you just had the transcripts to go by, not the actual recorded calls?

Yes. Just the transcripts, and that in and of itself just posed a challenge. The way that people speak is not the way that a screenwriter would write dialogue; it's very idiosyncratic in the way that it's transcribed, in the sense that it includes every stumble, and people just changing train of thought midway through the sentence. So I think for the actors, it was really challenging to try to embody that voice.

Someone makes the point towards the end of the film, that the whole scandal in the end really just perpetuated the culture by further proving how desirable getting into these schools is, if these parents were willing to risk prison time and everything. Do you feel the same way, or that ultimately it was a good thing that all of this came to light?

We just thought it was interesting to include different voices and different points of view, at the end. I personally was interested in the idea that I think some people make, which is that if you want an education, there are many options. There's many places where you can get a great education that aren't "one of the top ranked schools," or in the Ivy League. And if that's your goal, then maybe we should try to take the pressure off of students thinking that this is everything. That if you don't get into one of these schools, you won't be successful.

I think one of the challenges is that, I think for a lot of people, these more prestigious schools are in a way almost valued more as a networking opportunity to mingle with, and develop relationships with, other people that already come from privileged backgrounds. And that perpetuates this idea that the opportunity is being sort of... that people are being excluded from opportunity by not going to these schools.

What responsibility or role do you think the universities play?

That's a complicated question. I think there's so many things that have evolved in different ways in this country. And I think the hope for us was just to be a very small part of a bigger conversation around education, and that hopefully people that are smarter than me will be able to add insight to how things can be improved.

Did your level of empathy for the subjects involved change as you went through the filming process?

Yeah, it did, 100 percent. I think that it's very easy to villainize the parents. And I don't think that we're looking to let them off the hook, but at the same time, we wanted to try to give a little bit of a better understanding of some of the tactics that Rick used in trying to engage them as prospective clients. So we would show conversations that he would have where he would tell them that their kids had no chance of getting into a certain school. And I think that through that process, you would hopefully maybe be able to see something in a way that you might not have seen it before. And so again, it wasn't to exonerate anybody, but it was also to sort of show that I think nothing is ever strictly black and white, and that in between, there's always something interesting that we can hopefully learn from.

As a filmmaker and a documentarian, what about this subject was appealing to you to cover?

I'm always interested in trying to understand the human side of a story. So in this case there were a lot of details that I was unaware of, just being a casual observer to the story. I think getting into the minutia of how the scheme actually worked, I was unaware that there were these two components, and one was a test taking scheme, and one was using athletics as the side door into schools. I've always been interested in the education space. I think it is an essential foundation of our early formative years. An examination of that seemed interesting to me, but I also was acutely aware that I don't know how many people would be that interested in something like that. So when this story came around, I felt like it was a great vehicle to sort of make a commentary on education as a whole.

What’s the ultimate message that you hope people take away from the film?

With every project, I'm always just hopeful that it will foster some sort of dialogue and discourse, and that people leave the movie and want to talk about it. I never want to be prescriptive in having a message, but just sort of opening up different points of view and ideas that, hopefully, can start a conversation.