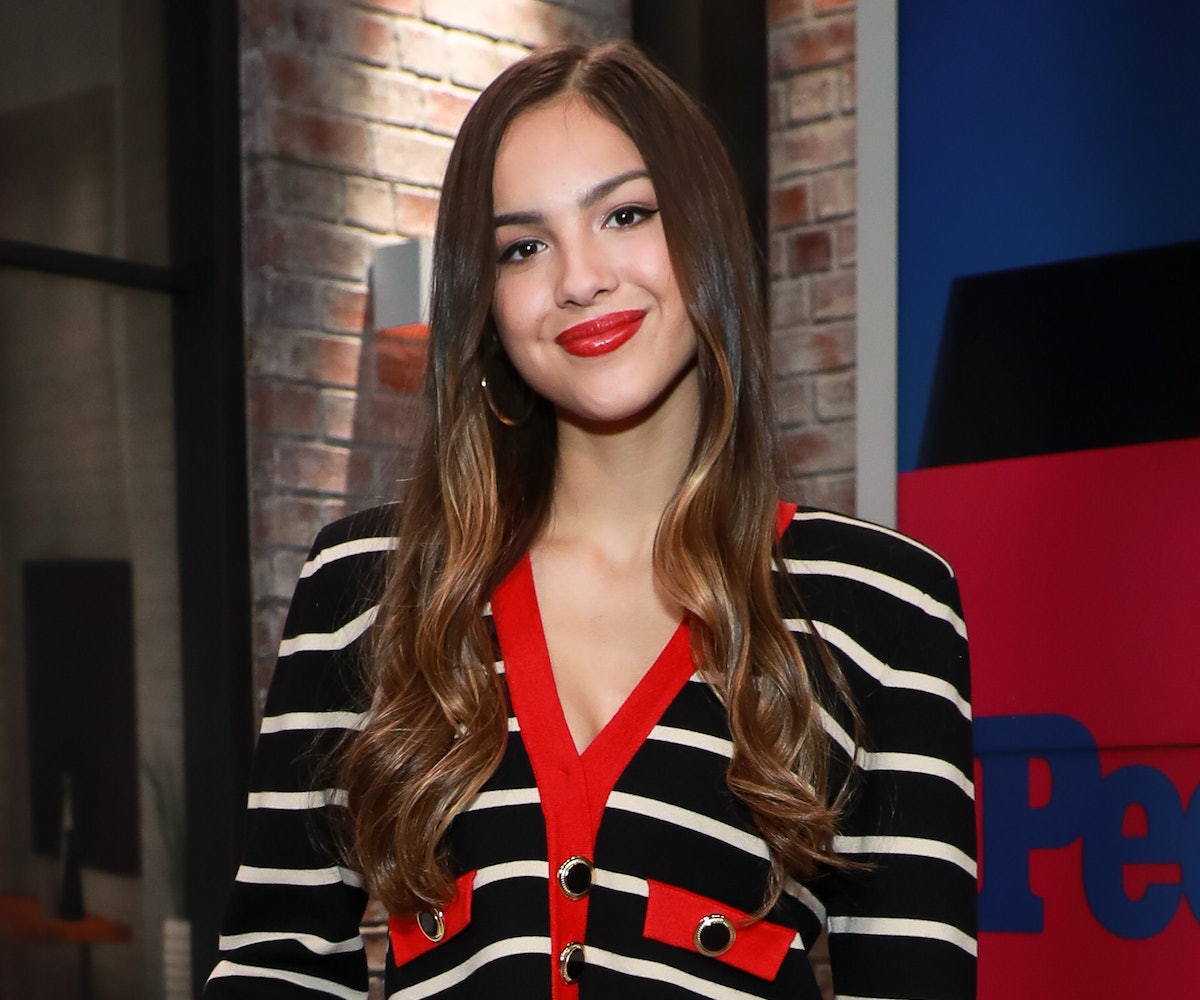 The details surrounding Olivia Rodrigo’s highly anticipated debut album are finally here. Just weeks after releasing her second single, “Deja Vu,” the Disney+ and burgeoning pop star has officially announced Sour, her debut album arriving May 21 via Geffen Records, alongside its album cover and track list. The record will span 10 tracks (with titles in all lowercase, of course) and include the two singles already out, “drivers license” and “deja vu.”

The album arrives after a meteoric few months for the 18-year-old singer, who debuted her first single (and viral TikTok sensation) “drivers license” in January to explosive acclaim. The song debuted at No. 1 on Billboard’s Hot 100 chart, the first song to do so in 2021, and stayed there for eight consecutive weeks. “Deja Vu,” her follow-up single, cracked the Top 10 at No. 8.

Here’s everything you need to know about the highly-anticipated project from its cover and tracklist to its themes.

It’s going to be a sour summer. Rodrigo’s debut album is expected to arrive Friday, May 21, 2021 via Geffen Records. You can pre-order it here.

The album cover is a portrait of Rodrigo with stickers on her face and her tongue out, with the word “Sour” spelled out in cut-out letters.

On Wednesday May 12, Rodrigo unveiled the album trailer for Sour.

In it, she shares behind-the-scenes footage of her shooting the “drivers license” and “deja vu” music videos. She also includes a sneak peek of her third single “good 4 u,” which, from what we can decipher through the short clip, is going to be her pop-punk moment.

Talking about the album, Rodrigo said she picked the name because she loves the different meanings to the word, and it describes the period of time when she wrote most of its songs.

“I actually love ‘sour’ because there’s so many different meanings to ‘sour’,” Rodrigo said in an Instagram Live on Tuesday. “I actually tried to write a song called ‘sour’ for a long time that just didn’t work. And I was like, oh, it’s because it’s really all-encompassing, this entire sort of period of my life which I wrote ‘sour’ in. I wrote most of it when I was 17... but it was just this very sour period of my life, so I think that’s why I really liked the title.”

In a February interview with NYLON, Rodrigo teased the sound of her forthcoming project as “an intersection between mainstream pop, folk music, and alternative rock.”

“I love the songwriting and the lyricism and the melodies of folk music,” she told NYLON. “I love the tonality of alt-rock. Obviously, I’m obsessed with pop and pop artists. So I’m going to try and take all of my sort of influences and inspirations and kind of make something that I like.”

Editor’s Note: This article was updated on May 12, 2021 to include information about the album trailer.

This article was originally published on April 13, 2021