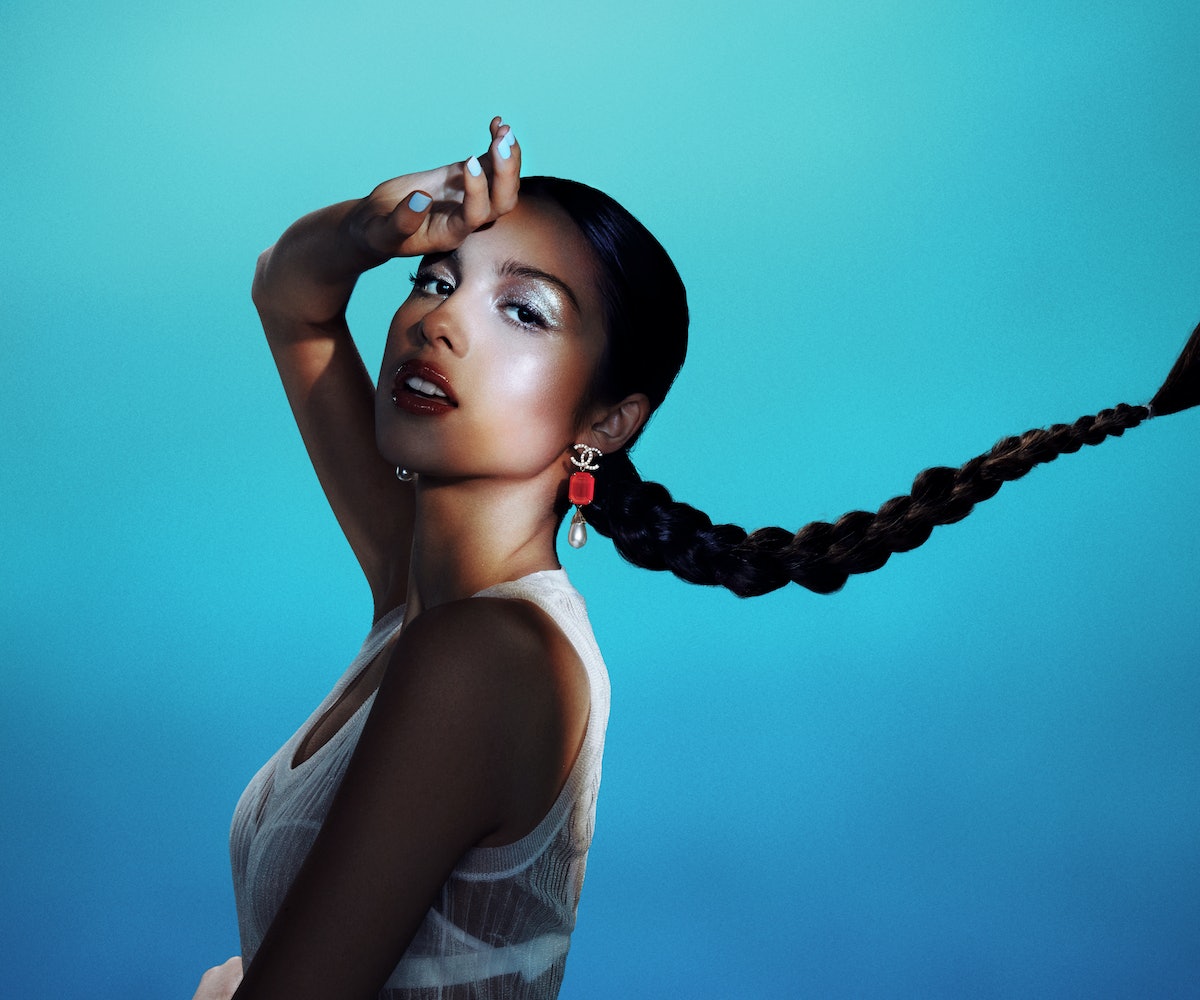 In NYLON'S Top 8 video series, we ask artists to tell us the eight people, places, and things that made their careers — the good, the bad, and the ugly. Here, May 2021 cover star Olivia Rodrigo breaks down her Top 8.

“I think I was 5 or 6 years old when I started singing lessons, so it must have been like 2008 or 2009. And I absolutely fell in love with it. I was such a performer when I was younger; I would get on top of the coffee table and just like sing my little heart out all day.”

“When I was 9 or so, my parents forced me to take piano lessons, and I hated it. I never practiced. I remember crying before every piano lesson, but I did it anyway. And I’m really glad I did because it was around the time that I started first writing songs on piano and that sort of songwriting started to flourish.”

“The first time I ever wrote [a song] that got published was called ‘All I Want,’ for the show High School Musical: The Musical: The Series. I wrote that song entirely by myself, in my bedroom in Utah. And it was actually like one of the first songs that sorta got big because of TikTok, which is crazy. I remember I didn’t have a TikTok then, and people were like, ‘Oh, your song is on TikTok,’ and I’m like, ‘What’s that?’ I don’t think that I would be where I am today if people on that show hadn’t given me that insane opportunity.”

“The last day before the world shut down because of COVID was a very, very fateful day. I met my producer, Dan Nigro, and also my label, Interscope, for the first time that day. Those two relationships are sort of the basis of the rest of music career. It was a very important day.”

“In January of 2021, I released my first song, ‘drivers license.’ I remember going to sleep that night so excited and just really proud that it was out in the world. Then it kind of started gaining popularity right away. To watch a song that was really just like a piece of my heart — I was so vulnerable and honest and sad, I suppose — and to see that it really resonated with people and affect them in a positive way, that was just an insane opportunity. And I still can’t really wrap my head around.”

6. Being Spoofed On Saturday Night Live

“On my 18th birthday, there was a ‘drivers license’ SNL sketch, which is insane. I got a tip from somebody that they were maybe going to do something related to ‘drivers license’ on SNL, but never in my wildest dreams did I think that there would have been an entire sketch about it and that it would be so complimentary. I remember just watching the TV and being like, no way are they actually talking about me and my song on this show that I’d grown up watching.”

“In April of 2021, I released my second song, ‘deja vu,’ which I’m super proud of. It was so cool to have another song besides ‘drivers license’ that kind of showcased something a little bit different, in terms of musicality and tonality. It was really cool to get to stretch my pop muscles with ‘deja vu.’ It's sort of this alternative pop song, so it was really cool to show like a different side of my music.”

“My debut album sound is coming on May 21. I’m really, really excited for it to come out and anxious and all of the nervous butterflies. That’s definitely going to be one of the highlights of this year. I worked really hard to make it. I’m really proud of the versatility of it, both in the attitude and the lyricism and the sonics of the record. When I wrote Sour, I was sort of in this really transformative period of my life and I had all of these feelings of doubt and insecurity and heartbreak. I tried really hard to write stuff honestly, even if it’s an emotion that’s like jealousy or insecurity or anger and all these feelings that aren’t super fun to project. I hope that people can listen to the music and feel not as scared to express those emotions in their lives.

“I have no idea what my career is going to look like in a year, but I just hope I keep having fun. I’m having so much fun and I feel really lucky that I get to do what I love every day. And I just hope there’s more of that in the future. If you make art of any kind, and you start all of your projects from a place of love for the project and for yourself, I think there’s really no way you can go wrong.”