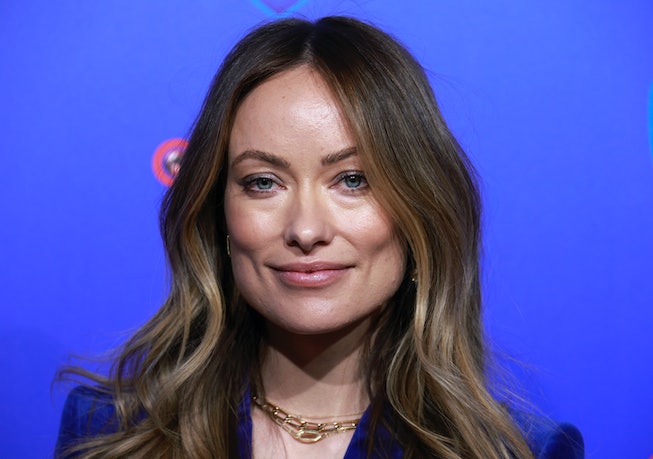 Don’t Worry Darling, Olivia Wilde's new psychological thriller starring Florence Pugh and Harry Styles, is shaping up to be the buzziest film of the year. The eerie trailer and star-studded cast whipped up a media storm on its own, but with rumors and controversy about the production have thrown the film into the spotlight, as well. In a new interview with Variety, Wilde addressed all the gossip — from allegations of pay disparity among the film’s stars to her supposedly fraught relationship with Pugh.

“There has been a lot out there that I largely don’t pay attention to,” Wilde said, referencing the surplus of rumors. “But the absurdity of invented clickbait and subsequent reaction regarding a nonexistent pay disparity between our lead and supporting actors really upset me.” Tabloids have claimed that Wilde paid Harry Styles – who is her current boyfriend — three times more than Pugh’s salary. The story eventually picked up traction, as people drew parallels between the rumored disparity and the plot of the film — which follows a young housewife who suspects the men in her community are misogynists.

According to Wilde, the rumors are patently false. Prior to directing, she herself starred in a myriad of films and television series and says she struggled to be compensated fairly, which she credits as her reason for paying her actors equally. “I’m a woman who has been in the business for over 20 years, and it’s something that I have fought for myself and others, especially being a director,” she explained. “There is absolutely no validity to those claims.”

Fans have also promoted rumors online that due to Pugh’s lack of promotion of the film, there must be an issue between the director and star. But while speaking with Variety, Wilde had nothing but praise for the budding starlet. She revealed that she initially cast herself as the lead, before offering the role to Pugh. “There was something about the youthfulness, the innocence, that really made sense for the story,” she explained, “If I was Alice, I was like, ‘Well, I’m going to be with a Jack who’s my age or older, and now we’re in a different age bracket.’”

After seeing Pugh star in A24’s Midsommar, Wilde knew she was the perfect fit for Don’t Worry Darling. “I was just blown the f*ck away by her,” Wilde said. “I loved the film, but I loved her. I was just like, ‘Well, she’s extraordinary. She’s clearly the most exciting young actress working today.”