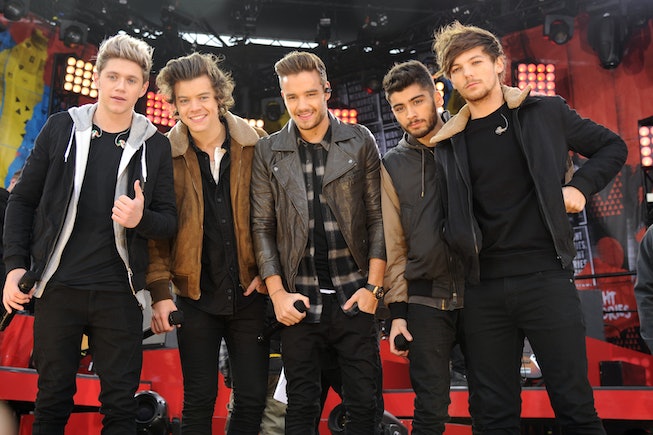 One Direction fans may want to leave July 23 open on their calendars. The date marks the 10 year anniversary of One Direction, and to celebrate the milestone, a brand new anniversary website is set to launch. Featuring photos, history, and videos, the special commemorative space will chart the entire history of one of the world's most popular groups.

Bring your own cake to the virtual celebration, which is centered around the creation of website devoted entirely to all things One Direction. On the band's official birthday, the site will launch with a special anniversary video, an interactive playlist feature, and an archive of the 1D past.

The day will also give you the chance to brush up on your One Direction history, with the launch of a video that chronicles the group's rise from X-Factor contestants to bonafide pop stars. Streaming platforms are a also set to join in on the fun, with the release of reformatted EPs that feature B-sides, rare singles, live recordings, and acoustic tracks.

There's no word on whether the band might have something additional in store for fans, but many have long hopped that the group would commemorate the milestone with a reunion. Although members have hinted at a possible reunion in the past, nothing has been confirmed. At the start of July, Liam Payne and Harry Styles had appeared in a TikTok together that some took as a sign of the band possibly digitally reuniting, Insider reported. Although nothing further regarding a possible 1D reunion has been announced, only a few days remain until the July 23 birthday.