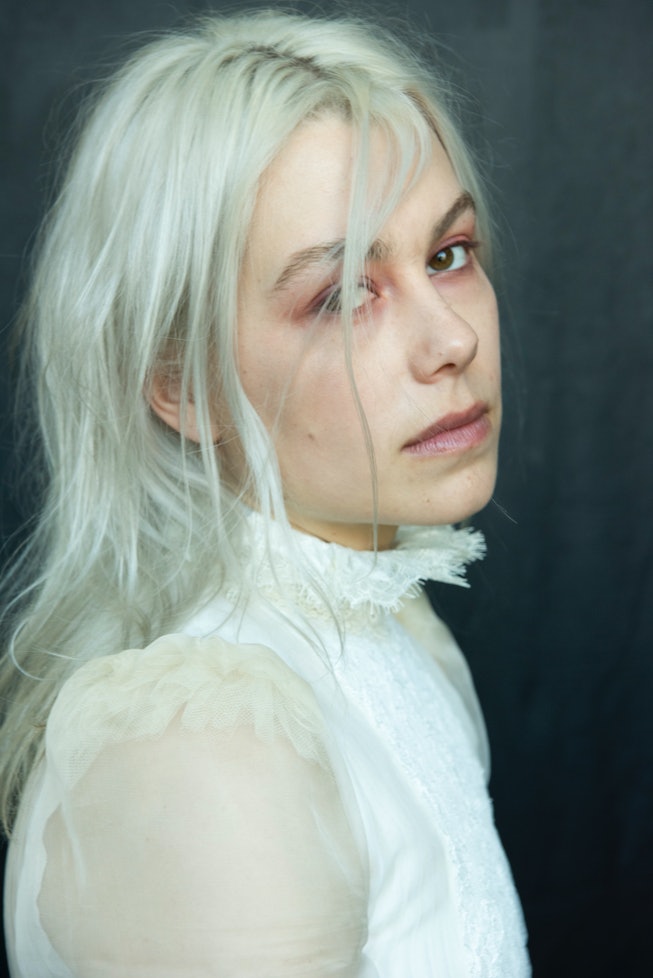 Indie singer-songwriter Phoebe Bridgers surprised fans on Thursday morning by dropping her highly anticipated sophomore album, Punisher, a day early. But in lieu of accompanying the surprise drop with one of her signature witty one liners, she instead had a sincere message to share. "I’m not pushing the record until things go back to 'normal' because I don’t think they should," she wrote alongside the release. "Here it is a little early. Abolish the police. Hope you like it."

Due to the ongoing COVID-19 pandemic, Punisher already had to reassess its original album rollout plans. Bridgers' video for the sunny-yet-melancholy single "Kyoto" had to be shot on a green screen for starters, and any 2020 tour dates were cancelled for obvious safety reasons. (They were instead replaced by a 'world tour' in which she traversed from her bed to kitchen and back again.) Now, Bridgers' vow not to push back Punisher in favor of more personally advantageous times is just another reason she's one of the realest musicians in the game.

Bridgers has been vocal about her stance on police abolition, often retweeting articles, reading sources, GoFundMe campaigns and more in favor of the defunding the police and supporting the Black Lives Matter movement. Her fellow boygenius bandmate Lucy Dacus even corroborates; Dacus shared the memory on Twitter: "Phoebe and I were walking around a few months ago and she said something about a cop being 'fucking stupid' then saw there was a family with children behind us, flinched, then said, 'Sorry — damn stupid.'"

Those interested in learning more about defunding the police can find necessary resources here.