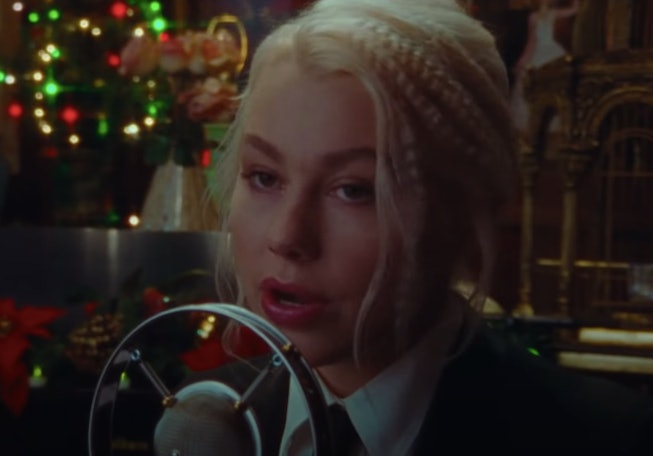 The world at large seems to have surpassed its already heightened levels of grimness recently, but we have to believe that change is on the horizon. For starters, Phoebe Bridgers swapped out her beloved skeleton costume and the unofficial look of her Punisher press tour for a suit and tie for her Tonight Show performance of "Savior Complex."

Like all her late night performances over this never-ending pandemic, Bridgers brought her signature quirk to the set design, dreaming up her performance with a surreal haunted hotel during Christmas vibe. There's even with a ghost piano player named Irma and her two dogs as the sole audience members. Bridgers also reworked the song into an intimate ballad, which of course only heightened the delightful eeriness. She's become a certified pro at this by this point.

The performance comes off the heels of perhaps some of Bridgers' biggest news of the year: four Grammy nominations, including best new artist. It's her first time being nominated at the award show. On top of that, she recently released an EP of orchestral reworkings of Punisher bangers that are perfect for getting you in your feelings in a whole new way.

Watch the performance below: