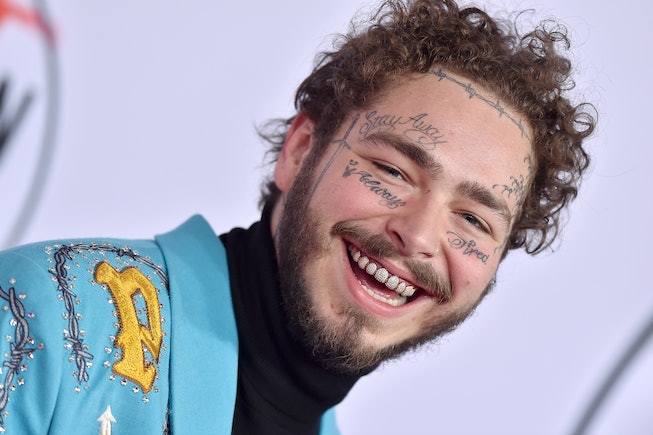 Post Malone has revealed the release date for his fourth studio album, Twelve Carat Toothache. The follow-up to 2019’s Hollywood’s Bleeding will be out June 3rd via Republic Records. Fans have been waiting for the album since Malone dropped his latest single, “One Right Now,” with The Weeknd nearly six months ago.

In an interview with Billboard, the nine-time Grammy nominee described Twelve Carat Toothache as “short format” with “less songs, but songs that speak more to life and speak to how I’m feeling at the moment, and the ups and downs and the disarray and, kinda like, the bipolar aspect of being an artist in the mainstream.”

The new studio effort will include collaborations with Doja Cat, the Kid Laroi, Roddy Ricch, and Robin Pecknold of Fleet Foxes. According to the artist, the album will be “super raw,” adding, “I think for this record, it’s a life of its own,” he said at the time. “And it has feelings and it has emotion…It serves its purpose as an expression of who I am.

Malone previewed a few of the album’s new songs on Instagram Live lately, including the many collabs.

“I would love to play this entire record and I just want to say hey to everybody that’s hanging out,” he said on the live. “Honestly, I’ve been working so fucking hard and I would love to play y’all a couple more records if y’all got time. We’ve got a lot of cool stuff going on.”

For now, you can revisit Malone’s 2021 Grammy performance of “Hollywood’s Bleeding”: