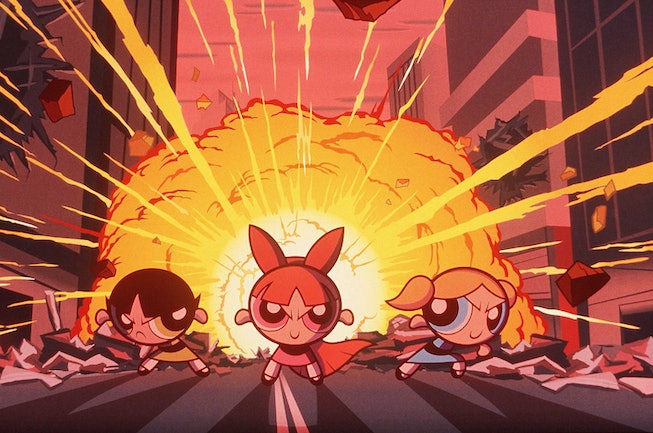 Get your Halloween costumes ready, because The Powerpuff Girls are back. The iconic early aughts cartoon is getting a live action remake by The CW, Variety reports. Blossom, Bubbles and Buttercup make up the show's trio of kindergarten-aged girls fighting crime with superpowers and getting themselves in and out of improbable situations.

Originally on the Cartoon Network, The Powerpuff Girls was known for being deliriously upbeat and cheerful while also relatively highbrow for a cartoon, hiding pop culture references and winking parodies within each episode. In the original series, created by Craig McCracken, Professor Utonium accidentally created the girls in a lab by mixing "sugar, spice and everything nice" with the unknown Chemical X.

In the new 2020-friendly version, which will be created by Diablo Cody and Heather Regnier, we meet the superheroes as disillusioned twentysomethings who resent having lost their childhoods to fighting crime. The world, of course, needs them now more than ever, so they must decide if they should reunite for the greater good once again.