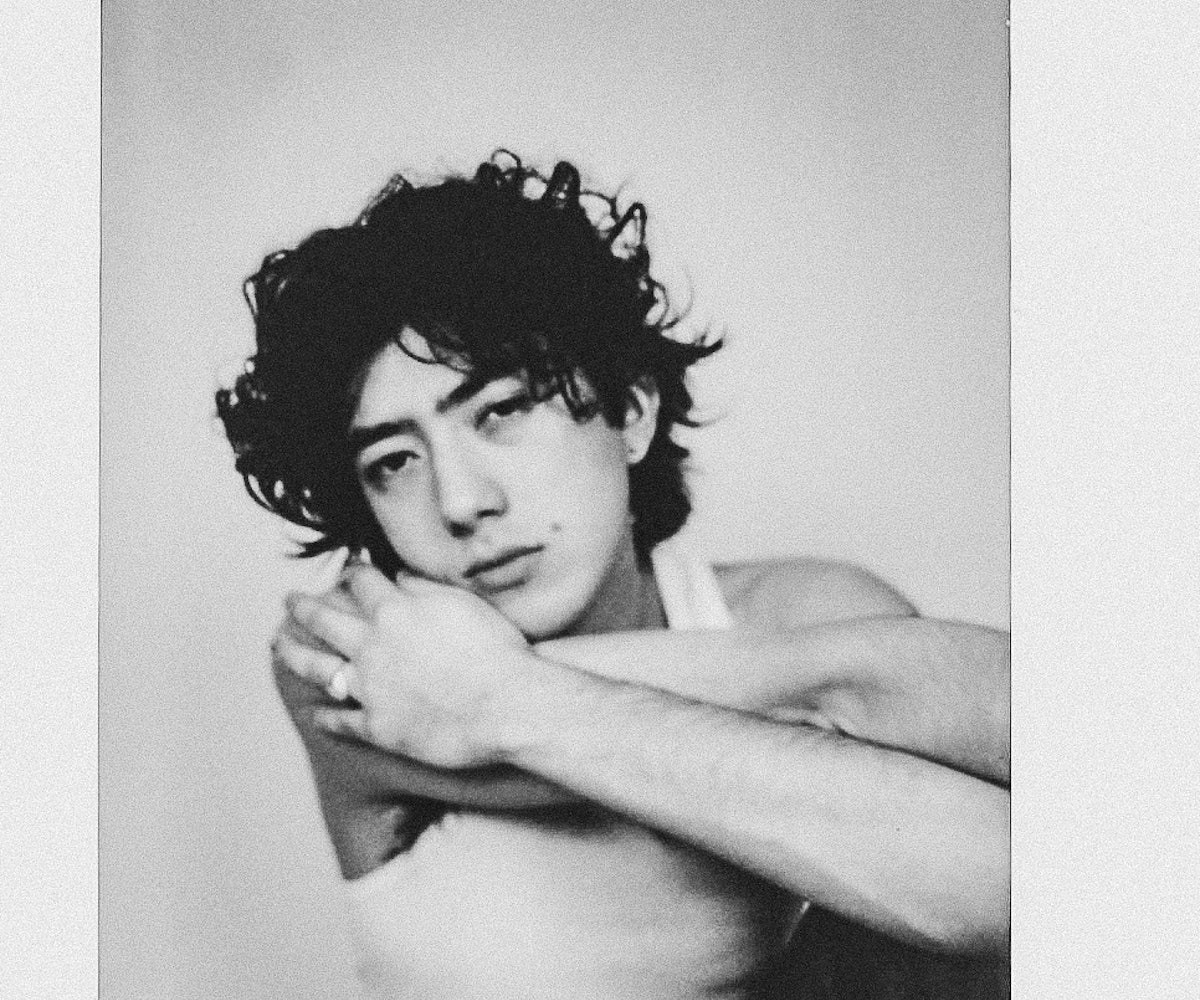 James Ivy, 21, is a New York-based musician who runs in a group of young artists making some of the most exciting music being made right now. In 2019, his good friend Harry Teardrop premiered the video for "Strawberry," a searing, aughts-sounding confessional for which Ivy enthusiastically played keyboard. Now, it's time to debut Ivy's own music, "Yearbook," an equally nostalgia-inducing track, whose homemade video premieres below.

The punk pop-sounding tune digs into the gritty and mundane details of a summer fling that Ivy can't seem to forget. "I spent the whole summer in your living room," Ivy repeats on the hook, as everything slowly climbs to the song's explosive and shouty outro, pleasantly and incidentally provided by Harry Teardrop. The two along with their friend and producer Instupendo, loaf around in a New York apartment for the track's Drake Li-shot video. Even as they scream into the camera — or maybe because of it — there is a prevailing sense of restless cool exuding from the trio of friends.

Of the song, Ivy wrote via email: "Last summer, I was playing Aidan [Instupendo] and Harry a few demos I had been working on at home, and ended up playing a very, very early version of a song that would eventually become “Yearbook.” We ended up turning this demo I had made with my friend Luke Shippey, into a full-fledged song in the span of a couple of days. I think what expedited the process so much is that we had no idea what we were going to do with it once it was finished, but we were having so much fun together working on it that it really didn’t matter. It’s crazy that it’s finally coming out after a year of essentially remaining untouched. Listening to it really brings back good memories of that summer, and I hope it serves as a vessel for people who are hearing it for the first time to make memories of their own."

"Yearbook" is Ivy's second single for FADER Label which he signed to in June. Read on to learn a bit more about the singer.

I’m at my desk in my apartment right now — the one you see me sitting at during the beginning of music video. On my desk I have a bunch of knick-knacks lying around, a few plush toys, like Kirby and Resetti from Animal Crossing, and this Captain Falcon amiibo that Harry got me for my birthday a while back. There's also some new manga that Aidan recommended to me. I just had a mint Yerba Mate and I’m currently doing a lot of prep for the "Yearbook" release tomorrow. We shot the video in one day over the weekend, which was crazy and also hectic for all of us, but we are all so stoked on how it came out.

I think one of my earliest music memories is a moment my parents caught on home video from when I was really young, maybe 5 or 6, where I’m dancing around in pajamas, using a lollipop as a pretend microphone, and singing "Cold as Ice" by Foreigner. It’s super cute honestly. My mom is clapping along on the couch and my dad is behind the camera laughing. It’s hard for me to remember back that far so having a dad that wanted video record of every moment is kind of awesome.

You opened a few times for Anamanaguchi last year. Is there anything you learned from that experience?

Those couple of dates that I played were such an incredible experience honestly. It’s crazy because I look up to the Anamanaguchi guys a lot, and have been a fan since I was like 15. So six years later, being friends with them and having the opportunity to open for them on their tour was a crazy full-circle moment. Definitely learned that touring with people whose music you admire is really gratifying, and also that staying healthy after playing shows is definitely a challenge. I got super sick after our Chicago show last November and ended up missing so much school for it.

You and Harry Teardrop are close collaborators and friends. How would you describe your relationship?

Harry and I have been close friends since our freshman year at college where we met. We always joke about our first time ever talking to each other before coming to school because we were both fanboying over each other’s music. We were DM-ing on Instagram like “Yoooo your music is fire!” “Yooo! Yours is too!” Looking back at those messages is crazy because we’ve both grown so much as artists since then. I definitely admire him in a lot of respects and feel like we both inspire each other and learn from each other. But yeah, that’s my guy. Me, Drake, Aidan, and Harry just made Korean food together the other night after we wrapped the "Yearbook" video shoot. It was sooooo good.

This is your second single for FADER Label. What are you excited for next?

Just really excited for more music coming in the very, very near future. I’ve been stockpiling my music for a while and it feels so awesome to finally start getting some of the songs out there. Hopefully I can surprise people with the upcoming stuff, I think it’s the best yet.