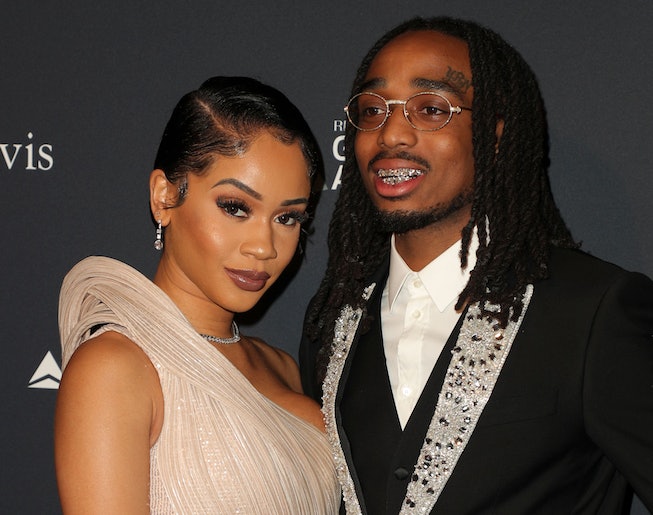 It takes a special sort of celebrity couple to win over the hearts and minds of the public. Each individual celeb has to be compelling on their own, but even better together — something stronger than just the sum of their parts.

Saweetie and Quavo are officially one of those couples. The Bay Area-raised "My Type" rapper and the Migo have been dating since September 2018, and have remained relatively lowkey despite their respective modern hip-hop royalty status. In a new interview for GQ, the pair reflected on how they met, which garnered a collective "aww" from the internet:

“I seen her on my Explore page,” remembers Quavo, who joins us to pick at a burger and fries. “I was like, ‘Damn! Who is this?’ So I did my research and I DM her. I was like, ‘How she going to call herself icy and she don't talk to me?’ ”

“He sent me the snowflake [emoji],” says Saweetie, “and I sent him the stir-fry back”—a nod to one of Migos' biggest hits.

The rest of the interview includes an anecdote about their hectic first date, which featured a choking incident and a fight at a strip club. But you know what they say: the couple that survives chaos together, stays together.