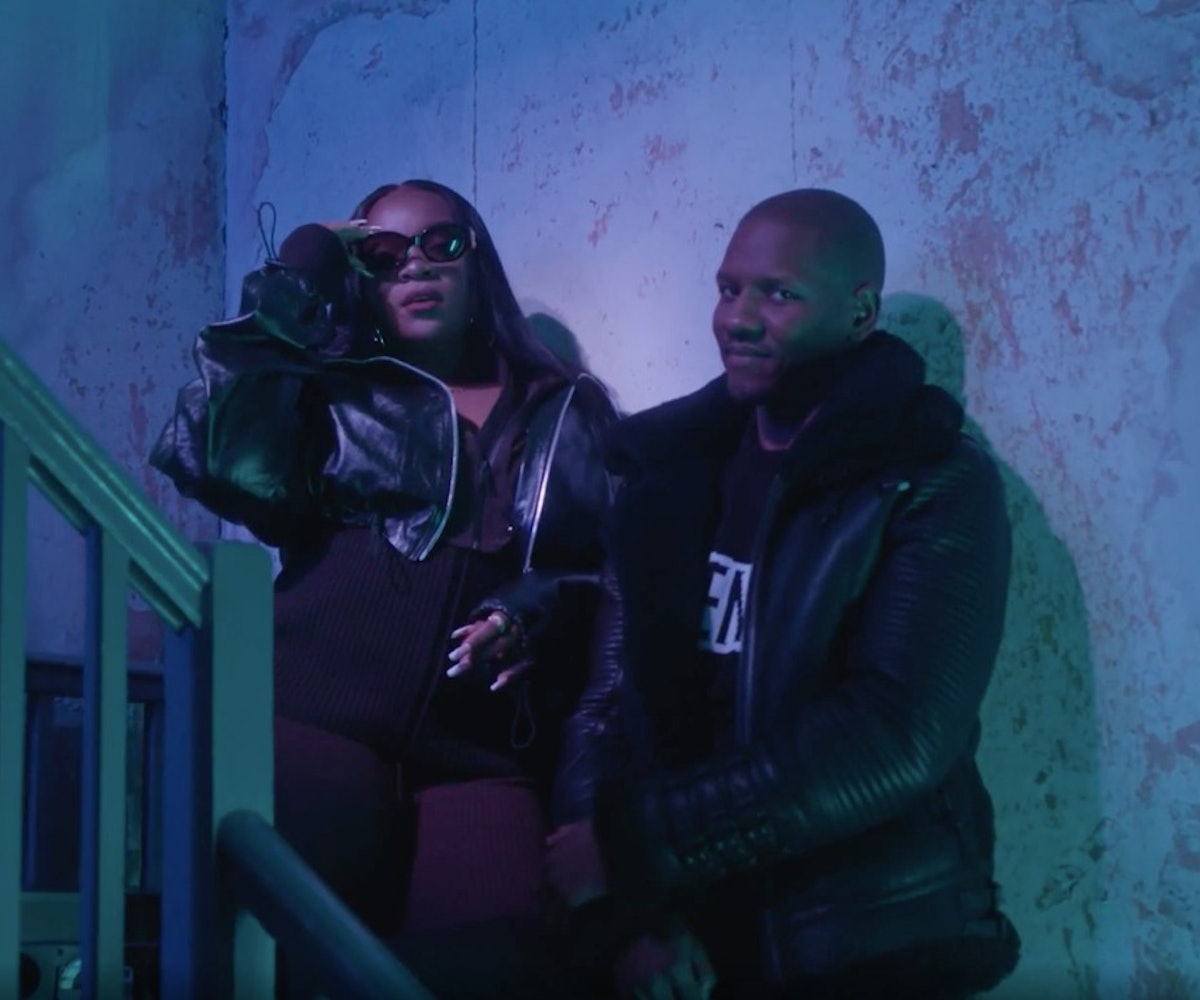 It always seems to be at the dimly-lit, midnight-hour kickbacks and house parties where you meet them: the game-players, of any gender, on the prowl for new participants. It's also the setting of rising U.K. singer Ray BLK's music video for her Giggs-assisted new single, "Games," which premieres exclusively on NYLON below.

Surrounded by bowls of bright red punch, bottles of Havana Club, and eager-to-pick-up love interests, the duo wax poetic about leaving that fast lifestyle behind over a woozy, slick beat that's, ironically, a perfect mood-setter for any nighttime function. Instead of going out, Giggs says he'd prefer to stay home and "chill out with the flicks," while Ray offers up her own warnings: "Boys will be boys, they all wanna f*ck/ Talking is cheap, they start gassing you up," she sings on the hook.

It's an age-old lesson made all the more digestible through the song's effortlessly sleek beat, as smooth as a shot of D'ussé. As if to further prove her point, the accompanying music video phases through house parties from the '80s, '90s, early-aughts, and present day — the time-jumps demarcated by the different designer looks worn by Ray — as party-goers play and get played around them.

“[Director] Nathan [James Tettey] and I wanted to highlight that as we transcend through time, the essence of relationships still stay the same, whilst also creating a nostalgic and stylistic music video," Ray BLK writes in an email. "I was inspired by the fashion of the iconic artists from each era: Salt-N-Pepa in the 80s, Aaliyah in the 90s, Beyonce in the 2000s and the current sports luxe fashion trend of today. All of my looks were custom made as I really wanted to create standout fashion moments."

"Games" is off Ray BLK's long-awaited debut album, expected sometime in 2021. The singer has been carving out her own brand of elegant but gritty R&B since her 2016 breakout single "My Hood" which featured Stormzy. Hear "Games" below.