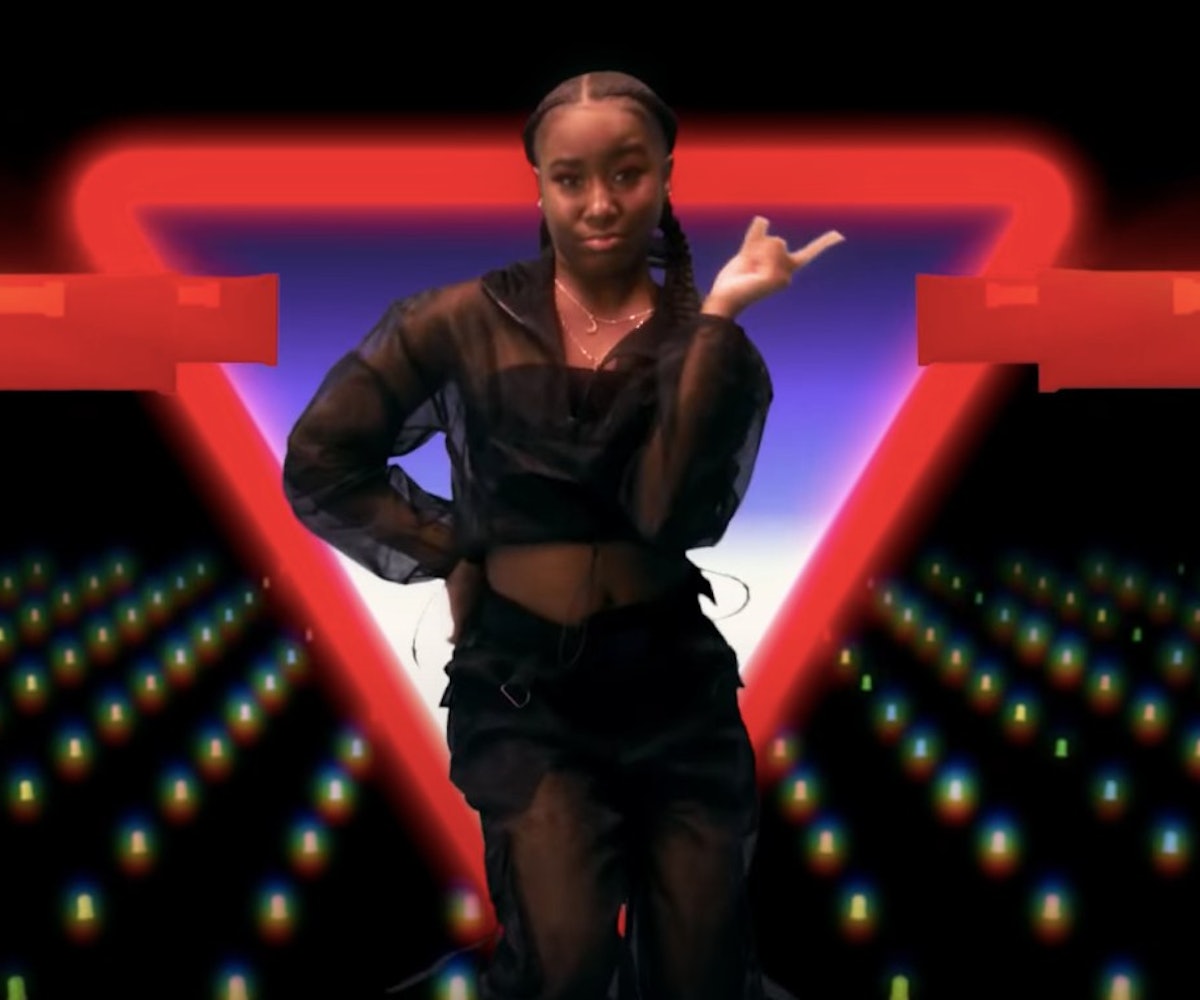 Father of indie music Sufjan Stevens is gearing up to release his forthcoming eighth album, The Ascension. On Thursday, he shared a new song and video called "Video Game" and, in an unexpected twist — or perhaps in a bid to get the track trending on TikTok — he invited Renegade dance creator Jalaiah Harmon to star in its TRON-esque visual.

A twinkling, retro-sounding song that finds Stevens singing solemnly about how he "doesn't want to be your personal Jesus," "Video Game" is the third single from the acclaimed singer's upcoming project. The Nicole Ginelli-directed video flips the concept of the song more literally, having Harmon dance in some spectral liminal space that could be a video game; at one point Harmon twists and shimmies before a glowing, disjointed playground.

Of choosing Harmon to star in the video, Stevens wrote in a press statement:

It’s unfortunate that we live in a society where the value of people is quantified by likes, followers, listeners and views. So many people are seeking attention for the wrong reasons. I think we should all be doing our best work without looking for accolades or seeking reward.

The main takeaway of "Video Game" for me is: your worth (invaluable) should never be based on other people’s approval (ephemeral). Just be yourself. Keep it real. Keep it moving. Do all things with absolute purity, love and joy. And always do your best.

Jalaiah epitomizes all of this and I’m truly inspired by her. So I thought, ‘what if we could get Jalaiah to star in a “dance video” about not wanting to star in a “dance video?”’ I’m so honored she agreed. She clearly owns it, and her work here is beautiful, poignant and true. “Her dance shows incredible energy, work-ethic and spirit. She is dancing for herself, not anyone else. Her choreography is sophisticated, nuanced, and fun. She is a star. She keeps it real. She keeps it moving. She keeps it true. What a blessing!

"Video Game" was the first music video Harmon was asked to choreograph, she revealed in a statement.

"I was a little nervous in the beginning, but once I really broke the song into parts and listened to the lyrics over and over, I just put moves together that connected to the words and felt natural for me to do. I think I’m still really trying to get used to this kind of success, so I can’t really define it just yet. I just know that when you work hard and you treat others with kindness and fairness, good things come back to you.”

Harmon is credited as the original creator of TikTok's massively viral Renegade dance, one of the first dances to go viral on the video platform and largely made popular by Charli D'Amelio. In a recent New York Times feature, Harmon said of her not receiving credit for her work until much later: "I think I could have gotten money for it, promos for it, I could have gotten famous off it, get noticed [...] I don’t think any of that stuff has happened for me because no one knows I made the dance.”

Stevens' The Ascension is out September 25 on Asthmatic Kitty Records. Watch "Video Game" below.