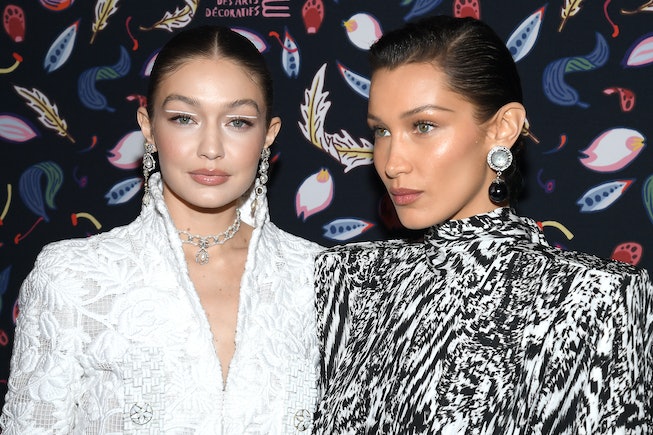 As violence continues to erupt in Israel and Palestine, a few celebrities have spoken out about the issue on social media. Rihanna is one example, taking to Instagram on Wednesday night to share her thoughts on the situation with her 95.4 million followers.

“My heart is breaking with the violence I’m seeing displayed between Israel and Palestine!” she wrote. “I can’t bare to see it! Innocent Israeli and Palestinian children are hiding in bomb shelters, over 40 lives lost in Gaza alone, at least 13 of whom were also innocent children! There needs to be some kind of resolve! We are sadly watching innocent people fall victims to notions perpetuated by government and extremists, and this cycle needs to be broken!”

While some fans were glad to see Rih using her massive platform to address important global topics, others in the comments who wanted to see a stronger statement against Israel felt she engaged in both sider-ism.

Bella Hadid, who has publicly supported Palestine — the birthplace of her father — for many years, has also been speaking out.

She also added, in addition to several other posts, a video of Bernie Sanders on Fox news saying it’s not anti-Semitic to be critical of Israel’s government.

“Period,” she wrote. “I want to make this very clear. Hate from either side is not okay — I do not condone it!! I will not stand to hear people talk badly about Jewish people through all of this. This is about HUMANITY not about religion !!!! This is about freedom in Palestine.”

Big sister Gigi Hadid reshared one of Bella’s posts that reads, “One cannot advocate for racial equality, LGBT & women’s rights, condemn corrupt & abusive regimes and other injustices yet choose to ignore the Palestinian oppression. It does not add up.”

NEXT UP
Entertainment
Who Will Rihanna Bring To The Super Bowl?
Entertainment
Rina Sawayama's "Happier Than Ever" Cover Is A Must-Listen
Entertainment
Hailey Bieber Says "It's All Love" Between Her And Selena Gomez
Entertainment
Megan Thee Stallion Made A Website Full Of Mental Health Resources