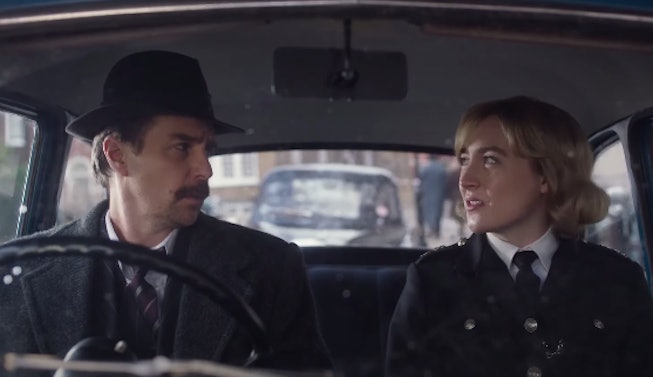 What’s better than a good old-fashioned whodunnit? The suspense, the drama, the unexpected twists and turns — when done right, a murder mystery can be a cinematic masterpiece and the film industry is overdue for its next contender. Thankfully, there’s a new one in the works, starring Little Women’s Saoirse Ronan and Sam Rockwell.

See How They Run follows Inspector Stoppard (Rockwell), a well-respected investigator, and his rookie partner, Constable Stalker (Ronan), as they attempt to solve a puzzling murder. After a man is found dead on stage at London’s West End theater, the comedic duo is tasked with pinning down the culprit. Set in the 1950s, See How They Run, explores London's underground theater scene and its eccentric league of suspects.

See How They Run was directed by Tom George, written by Mark Chappell, and produced by Damian Jones and Gina Carter. Last summer, while the film was in production, George shared his excitement about the upcoming film. “[Working with] this incredible cast has been a total dream,” he said. “I’m so excited to bring this thrilling, smart, funny murder mystery to audiences.”

We won’t have to wait long to see the mystery unfold. See How They Run premieres in theaters on September 30th. In the meantime, check out the film’s first teaser below: