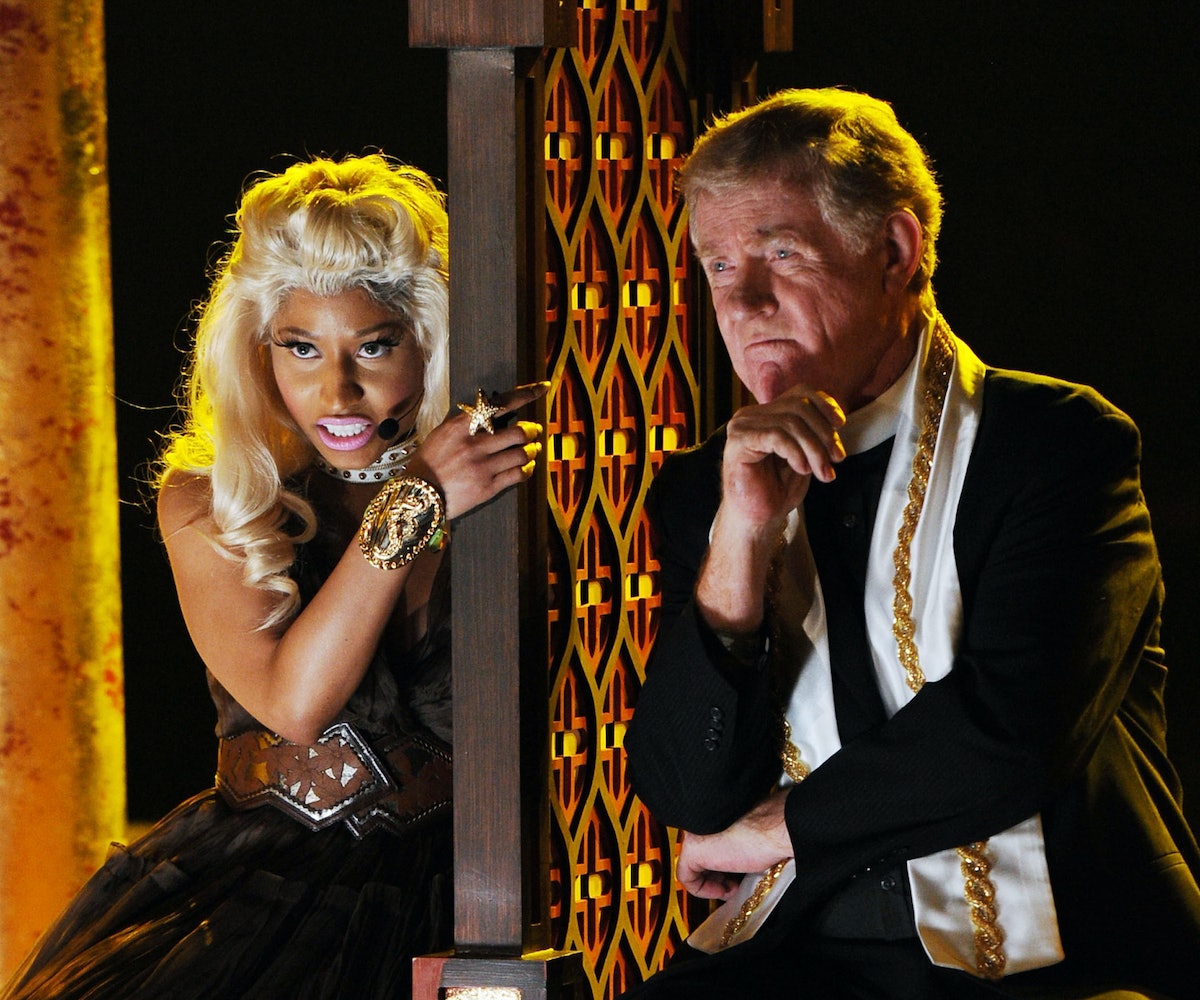 Live performances are often beautiful, provocative, inspiring, shocking, but very rarely are they ever scary. It’s a shame, as some of the few, horror-leaning live performances that have graced pop culture’s many stages have also been some of the most artful and boundary pushing — not to mention entertaining.

Who could forget Nicki Minaj’s utterly bonkers yet brilliant Exorcism-themed performance of “Roman Holiday” at the 2012 Grammy awards, which began with her rapping maniacally at a Catholic priest and ended with her levitating above the stage? Or Lady Gaga’s show-stopping and bloody “Paparazzi” performance at the 2009 VMAs, which certainly fooled high school me into thinking I watched a live homicide take place on stage? Naturally, both performances were received extremely controversially in their immediate aftermath, but time has proven them both to be masterful works of art. Or at least camp, and abundant creativity.

Now that it’s Halloween season, NYLON is revisiting the live performances that’ve spooked us the most — and naturally blood, coffins, skeletons, and religious imagery abound. Below, we rounded up 13 of the spookiest music performances ever — from Nicki Minaj’s Grammys exorcism, to Travis Scott flying around on a gigantic evil bird, to Billie Eilish summoning the Babadook.

There are many elements of Lady Gaga’s iconic 2009 VMAs performance of “Paparazzi” that are downright chilling — her jerky dance moves, the sudden appearance of blood, her dead-eyed stare while dangling from a rope — but it’s what the performance reflects back at us about celebrity culture that’s truly disturbing part. Or, maybe it’s just that stare.

Nicki Minaj, The Exorcism Of Roman At The 2012 Grammy Awards

Thee pinnacle of scary live performances, Nicki Minaj’s Exorcism-themed masterpiece at the 2012 Grammy awards included a Catholic priest, a horror movie cut scene, and Minaj levitating above the stage. It’s one of those performances that can only be believed after seeing it.

What can we say — musicians love their fake blood! Halsey’s is at least rust-colored and viscous-looking like the real thing.

OK — we admit that most of this performance is actually quite glamorous and chic, but Kim Petras getting paraded around the venue inside a coffin for two whole minutes deserves points.

What’s scarier than your favorite rapper literally swooping down at you on a gigantic, evil-eyed animatronic bird?! A lot of things, actually, but it still seems pretty unpleasant.

Katy Perry, “Dark Horse” At The 2014 Grammys With Juicy J

Before #WitchTok, the culture had Katy Perry in full Hecate cosplay for her classically Halloween-themed performance of “Dark Horse.” Bring this era back!

Madonna, “Living For Love” At The 2015 BRIT Awards

Madonna’s back-up dancers are all wearing Lucifer-esque horns, but the most terrifying part of the whole performance is the painful-sounding fall she suffers a minute in. Scary!

Of course we had to include Lady Gaga twice. Here she is in full skeleton make-up, unintentionally proving that anything Halloween is also very camp.

Post Malone is dressed like a distressed, punk vampire hunter, but it’s his horde of back-up dancers — who look like more ghoulish versions of Professor Quirrell from Harry Potter — that really make us shiver.

Taking a page out of Lady Gaga’s book, J Balvin got graphic in his bloody live performance for his turbulent love song “Rojo.”

The Weeknd, “Save Your Tears/In Your Eyes” At The 2020 American Music Awards

Has anyone seen Goodnight Mommy?

Tyler, The Creator, “EARFQUAKE/NEW MAGIC WAND” At The 2020 Grammy Awards

This performance is more thriller than actually scary, but houses are set on fire and Tyler, the Creator falls backwards into (presumably) hell so it’s still on the spooky brand.