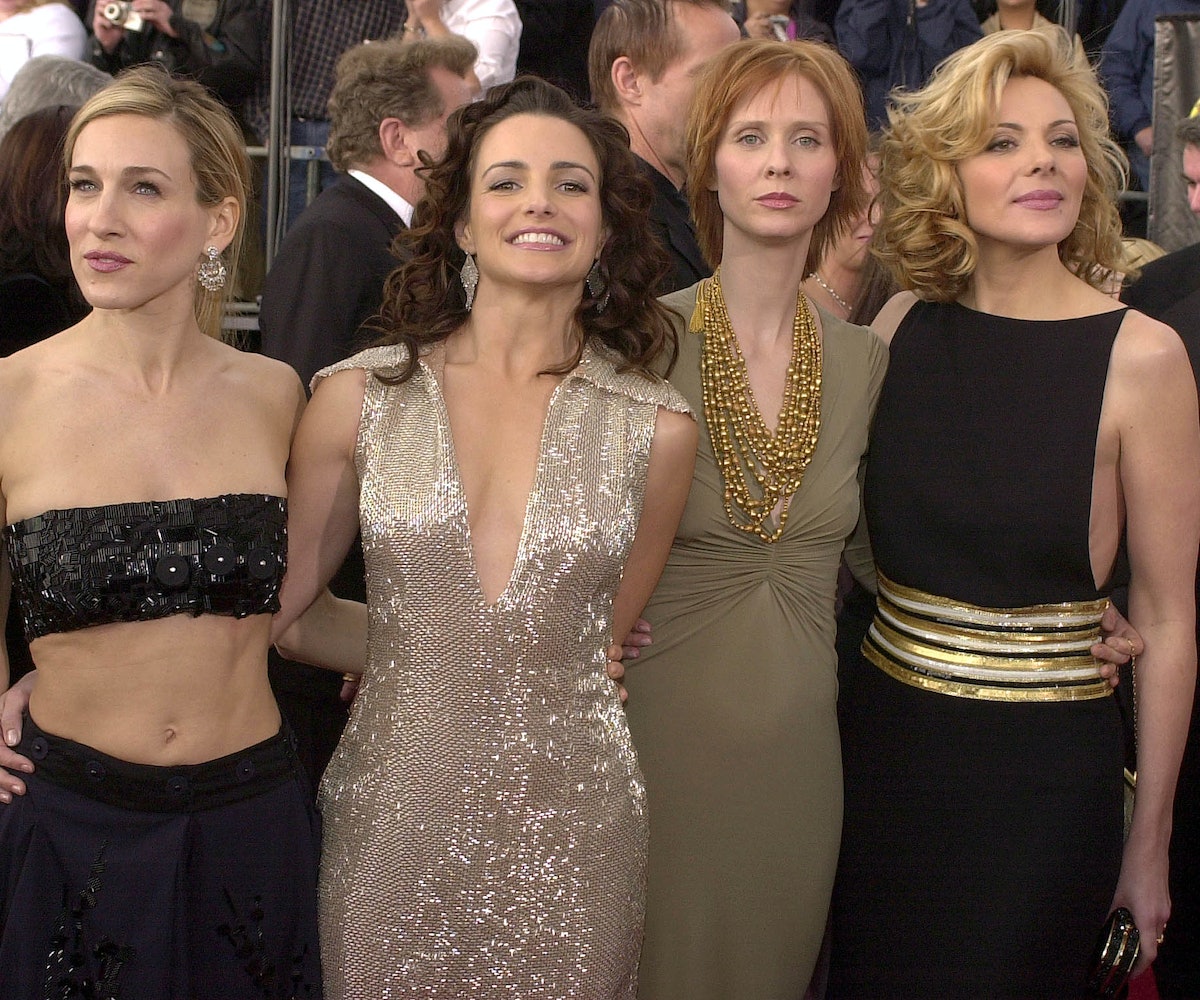 In its never-ending crusade to dig up the shows we know and love, Hollywood has long had its sights set on Sex and the City. The stalled third film to the franchise seems to be back in the works again — this time as a limited series reboot on HBO Max with one major caveat: Kim Cattrall will not be reprising her role as Samantha Jones.

The news is, of course, nothing less than absolutely devastating. Samantha, the powerhouse PR agent, is crucial to the ladies' dynamic, and Cattrall's audacious portrayal is straight up a pillar of what made the series great. Who will offer sage advice with a touch of levity? Who will talk about dating a guy with the funkiest tasting spunk? As distressing as this update is, it's not totally surprising if you're well-versed in the show's alleged behind-the-scenes drama.

Cattrall and Carrie Bradshaw's Sarah Jessica Parker have publicly feuded in the past, and their beef was allegedly a major reason why Cattrall shut down plans for a third series film. When Parker expressed condolences for the death of Cattrall’s brother in 2018, Cattrall didn't mince any words in her response. “Your continuous reaching out is a painful reminder of how cruel you really were then and now," she wrote on Instagram. “Let me make this VERY clear. (If I haven’t already) You are not my family. You are not my friend.”

Meanwhile, Parker has denied any tension, and Cattrall has stated in press that her reason for not returning was “an empowered decision in my life to end one chapter and start another.”

After plans for the third series film fell through, Parker mused about the ladies returning for a quick series. “I’d like to see where all of them are. I’m curious, the world has changed even since the movie… technology and social media," she explained to Entertainment Tonight. "Sexual politics and the #MeToo movement and Time’s Up… I think Carrie Bradshaw would just be so greedy to share her feelings and thoughts.”

We couldn't help but wonder, will hearing Carrie's thoughts about social media fully make our brains go off the grid once and for all? I guess we'll have to stay tuned.